Imagine for a moment an island at 13,000 ft (3,950 m) above sea level, where ancient traditions, distinctive costumes, and a pleasant micro climate still exists. Departing from the port of Puno it is a two and a half hour boat ride on the deep blue waters of Lago Titicaca to this tranquil place.

On the island, our guide introduced us to some of the Taquilean folkloric customs and traditions. He explained the unique clothing structure. For example, a man’s hat indicates whether one is single, married or in a relationship.

This elder demonstrated soap making using the fresh leaves of a local plant. The leaves are grounded with a stone, gathered and pressed through a cloth, and the juice mixed with water. The soap is effective enough to clean very dirty sheep wool. 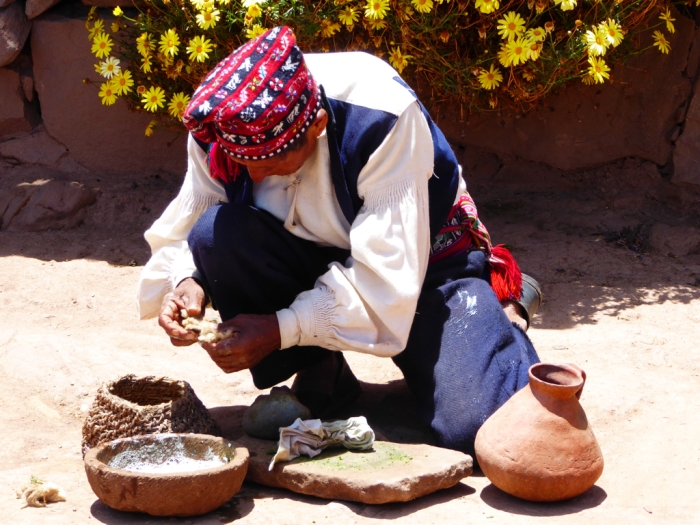 Later, with one other couple from Luxembourg who was also staying overnight on the island, we met our host, Celso, at the central plaza. He walked us to his home and showed us our accommodation.

By two o’clock, most of the day visitors had left, and we had the island and the locals to ourselves.

We wandered the terraced hills along wide stone paths that criss-cross the island, separated by numerous stone fences, and archways that define the six suyus or communities allowing us to witness the local way of life. 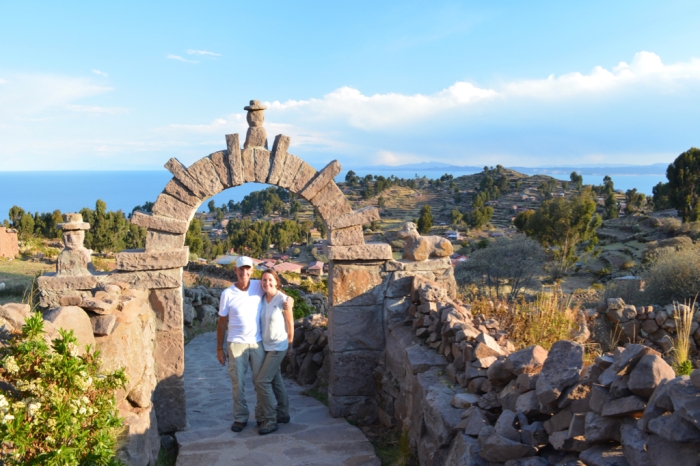 From the age of five, everyone on the island learns to knit, and the intricate patterns are passed on through the generations. We witnessed men and women weaving or spinning wool as they walked or socialised. 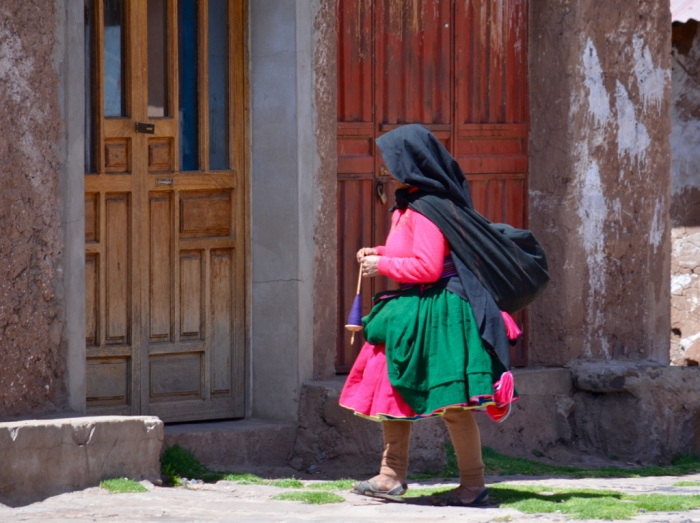 Labour exchange is fundamental to many Andean societies, and a common practice of the self-governing Taquileans. The morning of our departure, we watched as men and women reported for the monthly accounting, written in a sizable ledger.

It’s relevant to note that there are no dogs on Taquile, a detail that pleased Ginette as we explored.

Once the sun sets, the temperature drops on the small Andean isle. We returned to our homestay and assisted in preparing dinner. Later, we fell asleep in comfortable beds, covered in thick blankets that made rolling over a challenge.

We woke up early to watch the sunrise but missed it. The sun came up sooner than anticipated, so we treasured the quiet hours before breakfast by strolling to the beach. 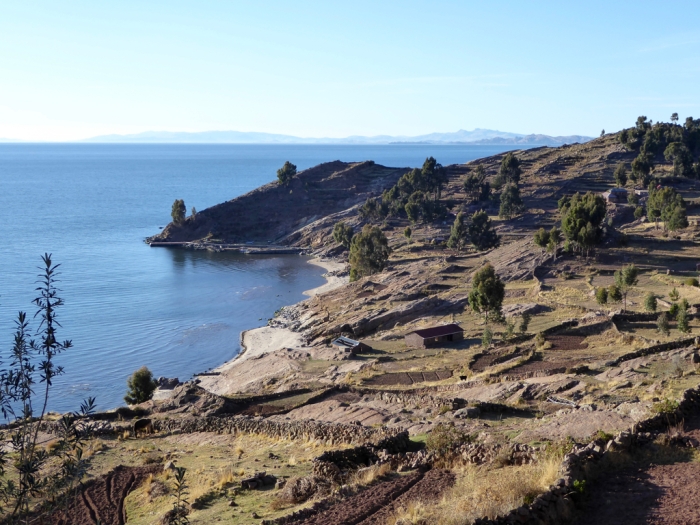 And too soon we had to say our goodbye to our temporary family.