Chefchaouen, The ‘Blue City’ of Morocco, reinforced our admiration of the colours of the sky and the ocean, as in the blue doors we fell in love with in Essaouira.

Chaouen, as it’s often called, is located in the Rif mountains in the north-west section of the country, with roots dating back to medieval times when it was established by Moorish and Jewish refugees fleeing the Spanish Reconquista.

The city is known for its blue painted buildings ranging from light azure to deep cerulean, in various intensities from thick impasto to watercolour washes.

Not far from our Riad, we entered the old medina through a brick portal. 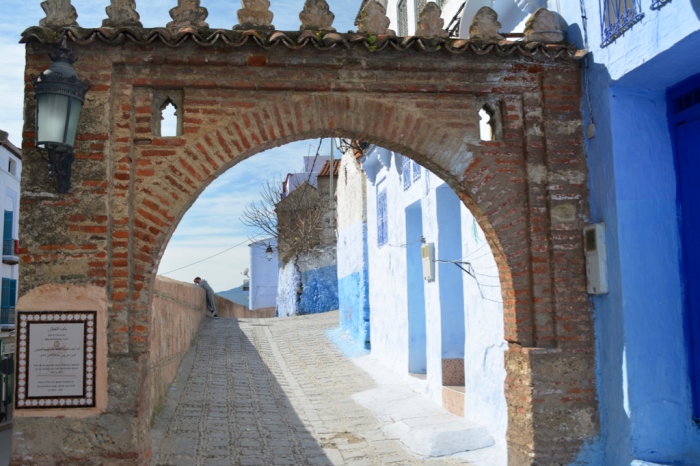 Wandering through the alleys nuances of blue, covering every surface, from walls, doors, as well as pavement and stairs. 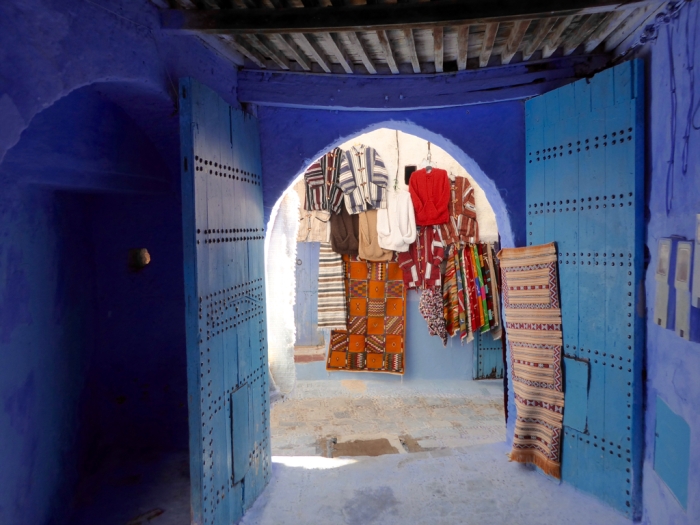 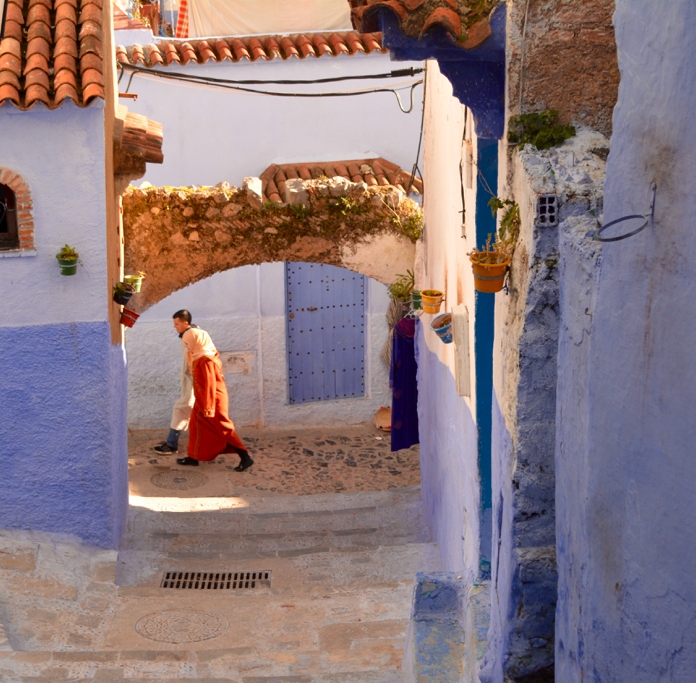 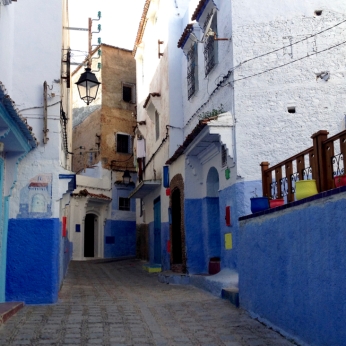 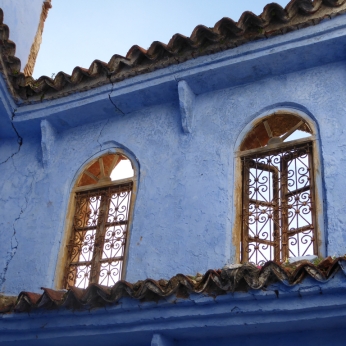 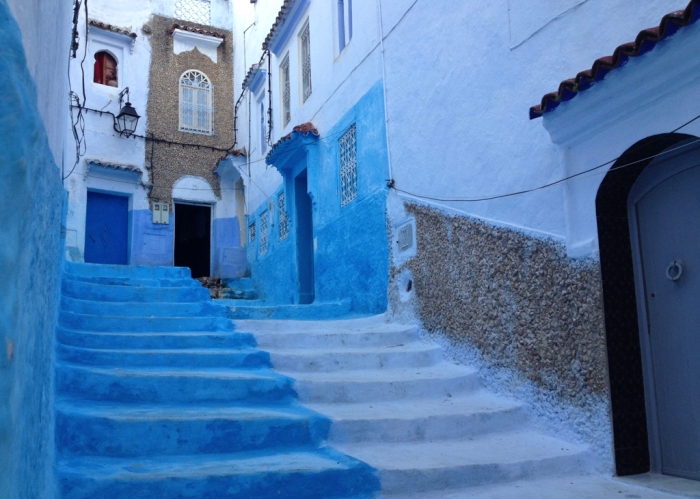 Even the locals seem to have adopted the town’s favourite hue. 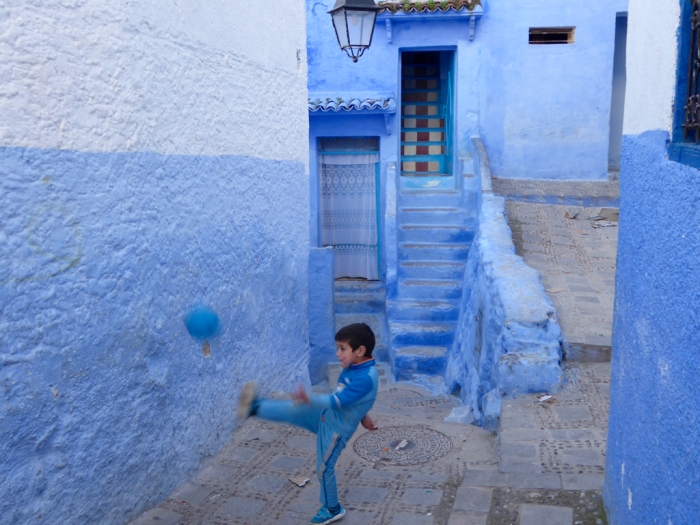 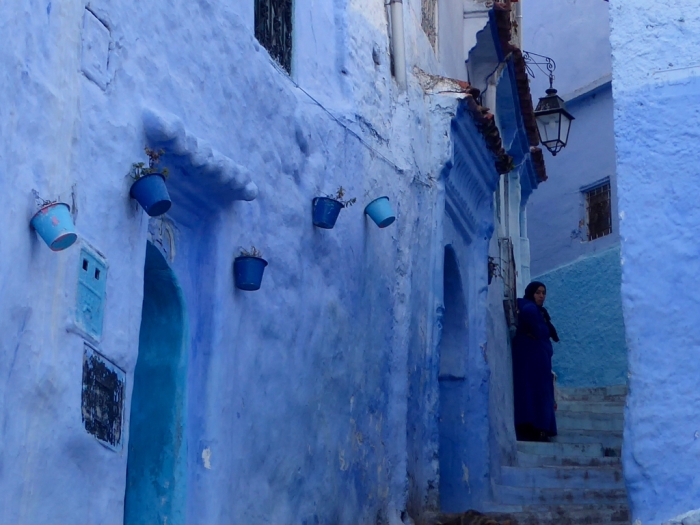 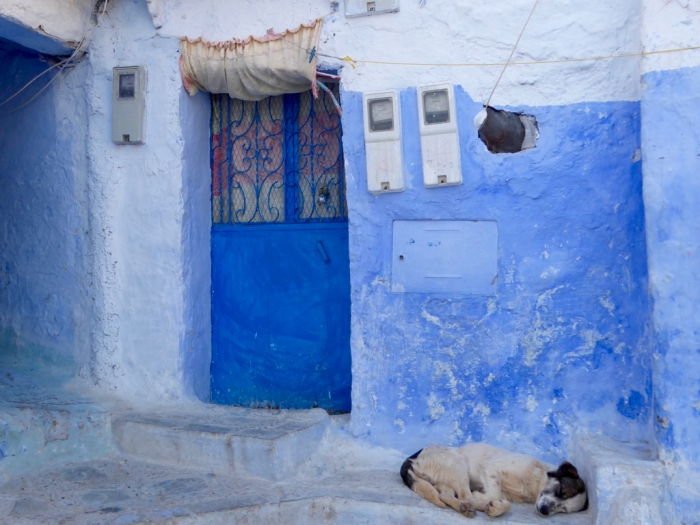 Chaouen is an excellent base for exploring the Rif mountains. Taking a path east near the waterfall, we followed the stream up the gorge into the surrounding hills. 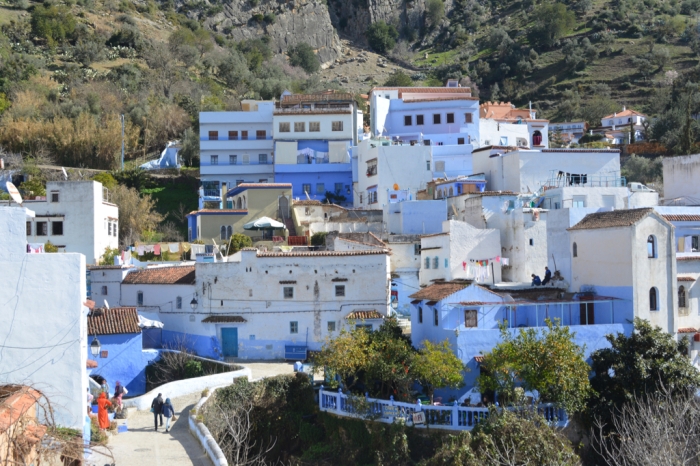 For a spectacular view of the town from the highlands. 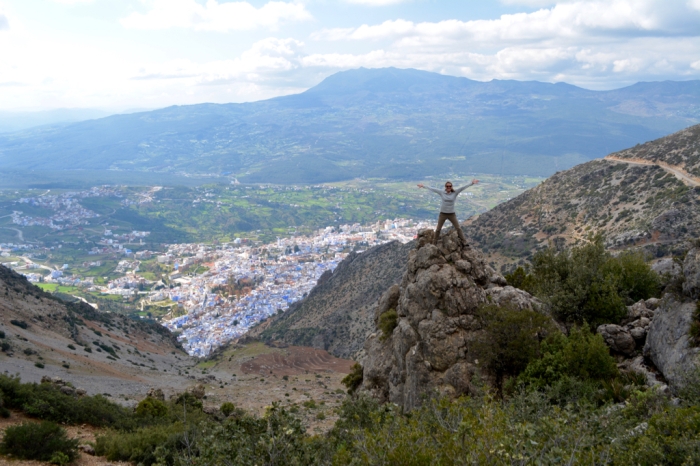 Venturing down a different route, we passed small dwellings built into the side of the hills each with its a unique look and character. 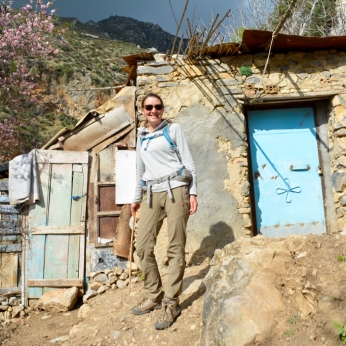 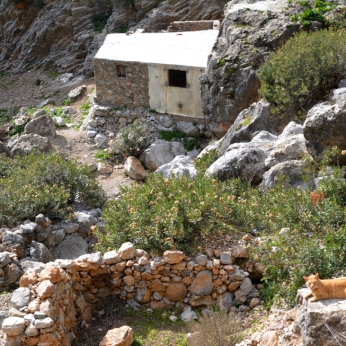