After two easygoing weeks on NGor, it was time to venture off the island. Not ready to get back into the travel frenzy mind-frame, we splurged and hired a car and driver, and spent two very dissimilar days away.

A half-hour after we left, our driver, was pulled over for illegally passing. While he negotiated his fine with the gendarmerie, Gordon commented, “I feel like asking him to turn around, this is so depressing” referring to the landscape that was unfolding before us.

Along the roadside, under the mid-day sun, women in colourful attire patiently waited to sell fruits, nuts, and other goods. They dosed under makeshift stalls; dusty shelters of frayed canvas and wooden branches, while children kicked at deflated soccer balls, and bony goats poked at the dry grass.

We’d heard favourable comments about Saint-Louis, a UNESCO World Heritage Site and so we were anticipating the visit.

The city is split between the mainland, an island, and the Guet Ndar neighbourhoods on the Langue de Barbarie. In the historic centre, many old buildings remain in various states of disrepair, reflecting its French colonial past.

The view, looking south while crossing the bridge towards the fishing quarter. The pirogues facilitate the catch of 30,000 thousand tonnes of fish each year. 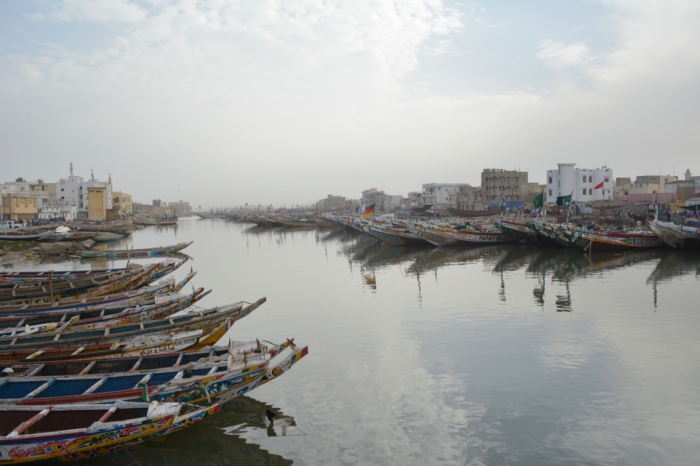 A postcard of the fishermen’s boats.

And the shocking reality; a littered waterfront. 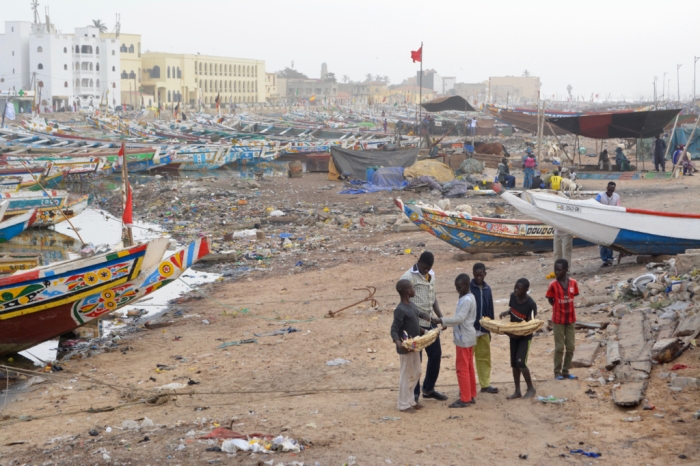 Notice the brown goat rummaging amongst the trash. 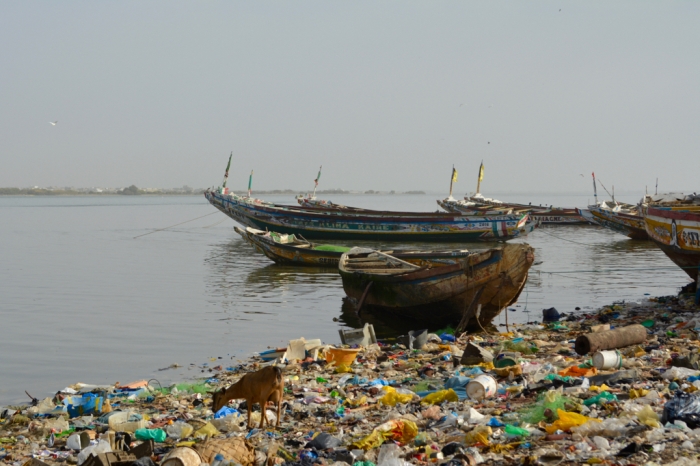 Most tourists pass through Guet Ndar in Calèche tours. The area is highly populated, having one of the highest human densities in the world. Wanting a closer look, we cautiously wandered the streets of the village. Here we met Moussa, a retired fishermen. Unlike many Muslim Senegalese, he has only one wife and five children. 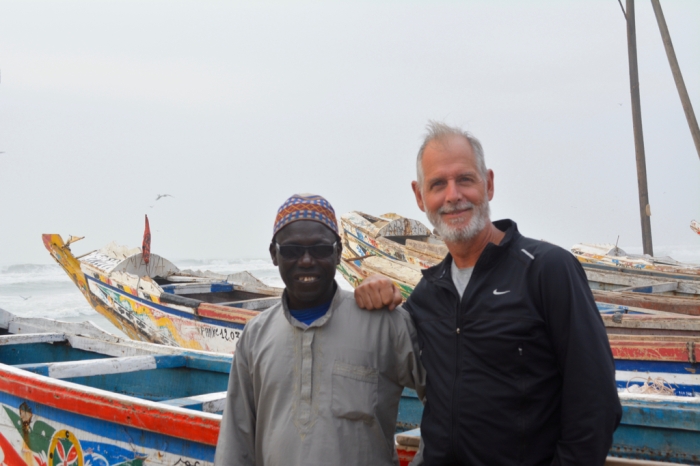 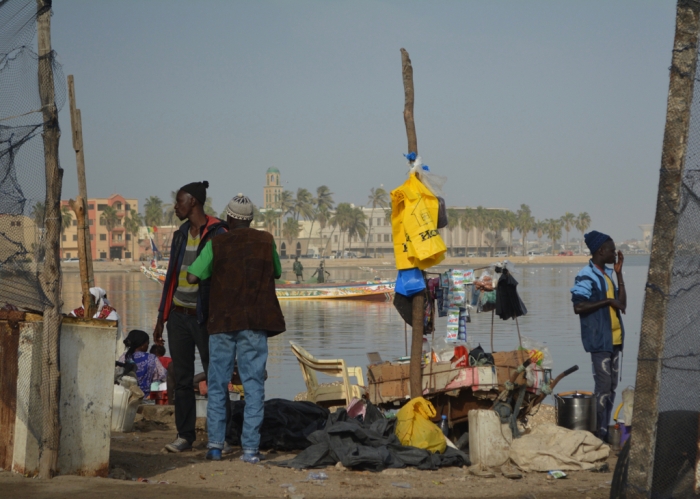 Everywhere, thousands of adults, children, and sheep co-exist amidst the narrow streets.

Returning to our hotel, we stopped to buy some fruits from a street vendor, and a swarm of hungry children appeared pulling at Gordon’s shirt. After distributing oranges, we woefully pulled ourselves away.

Outside out accommodation, ladies gathered around a small stove to grill corn on the cob. 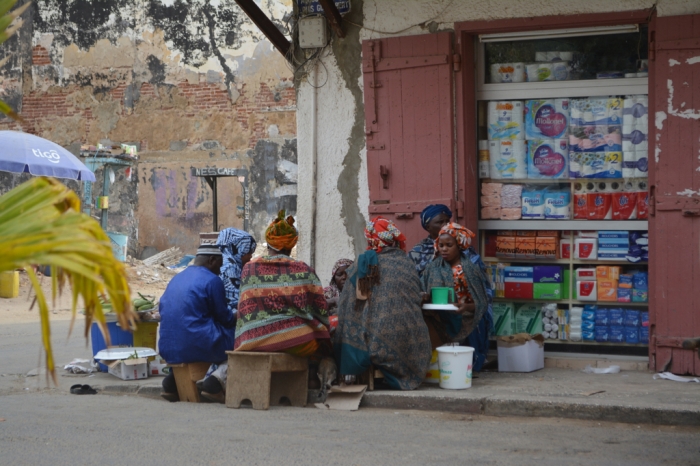 The next morning, Ginette exclaimed, “Hmm, I think I’ll pass on my coffee!” Caffeine free, we ventured to the countryside. 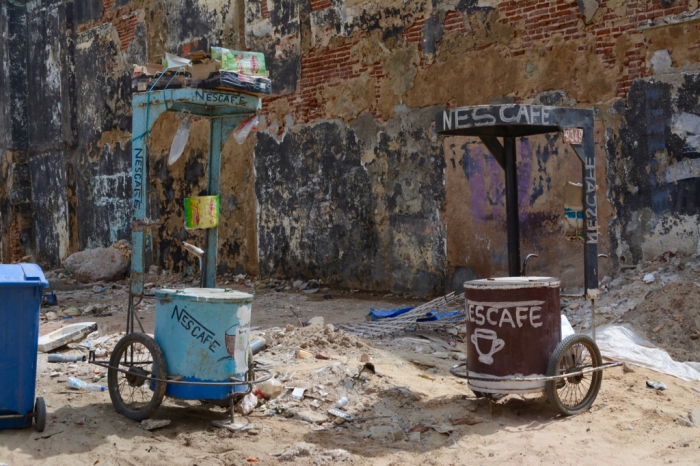 Later in the day, on our return to Dakar, our driver took the bypass around Saint-Louis. Sadly, the views were not much better. Trash covered the ground where people live.

Waste management is clearly an issue in Senegal and a harsh reminder that we all have a significant role — to be environmentally conscious with our garbage.

Yet there is hope. To lift everyone’s spirit, tomorrow we’ll take you on a tour of the Djoudj National Bird Park, a pristine and protected natural environment.

3 thoughts on “Saint-Louis: A Reminder to be Waste-Conscious”