As per our travelling style, the safari was a last minute decision, and what a tremendous one it was! 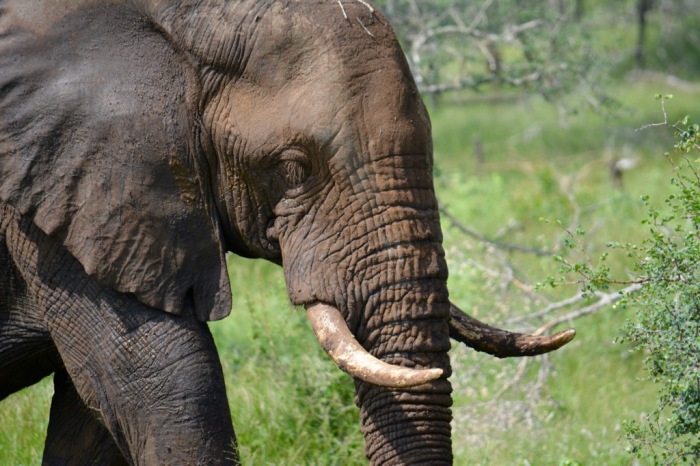 After touring the Garden Route, we booked a room near the airport in Johannesburg with good wi-fi since we needed to plan our next adventure. After Googling possible destinations, flight options, and the weather forecast, including back and forth emails with various tour operators, and the next day, we were off on a reasonably priced, six-days, five-nights African adventure with Viva Safaris.

They picked us up at our accommodation, and we headed north towards South Africa’s largest game reserve, the Kruger National Park. This is big five country; lion, rhinoceros, elephant, leopard, and water buffalos.

En route, we had our first view of the water buffalo (Bubalus bubalis) at a roadside watering hole.

Shortly after our arrival at the Balule Nature Reserve, we departed for an evening game drive and excitedly spotted our first wild animals. Even after a few days, we never tired of watching the prevalent giraffes (Giraffa), impalas (Aepyceros melampus), zebras (Equus zebra), and various colourful birds. 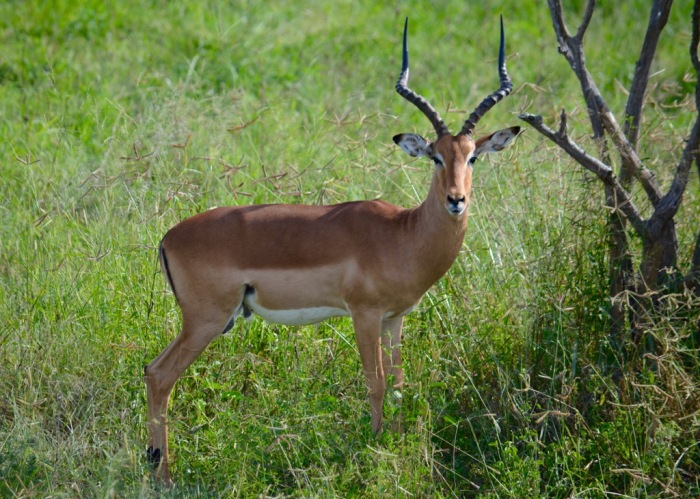 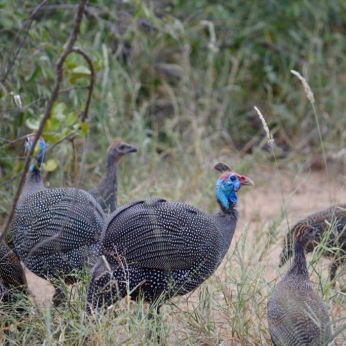 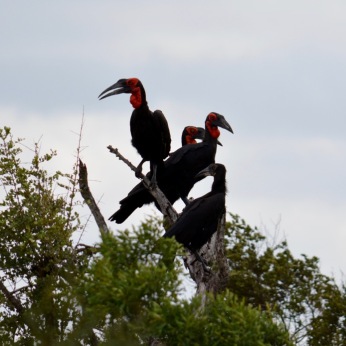 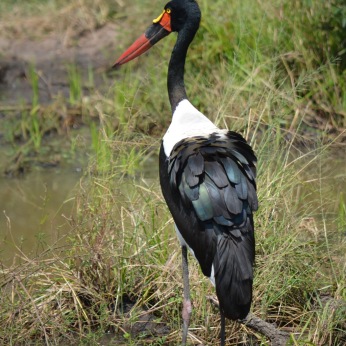 The next few days consisted of game viewing with a nice mix of early morning, late afternoon and night drives, allowing for chance encounters with the wildlife that is active at different times.

The highlight of the tour was the full day experience at the Kruger National Park. Covering a massive area of over 20,000 square kilometres, it is home to an abundant variety of animal and plant life, including 336 trees, 49 fish, 34 amphibians, 114 reptiles, 507 birds, and 147 mammal species. We spotted our fair share. 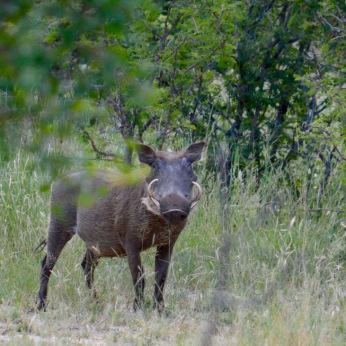 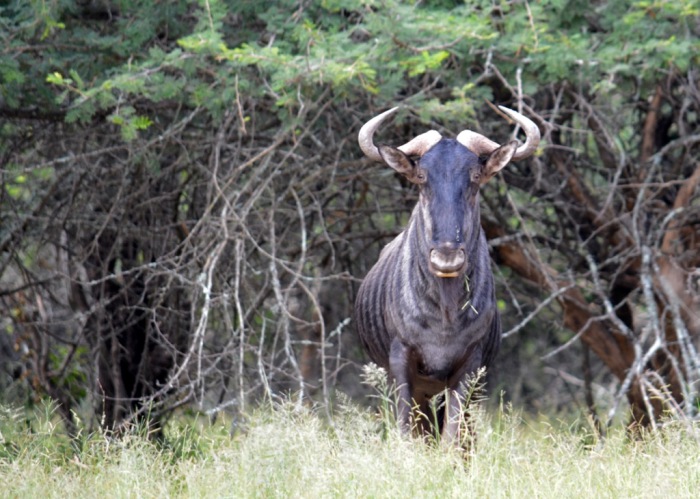 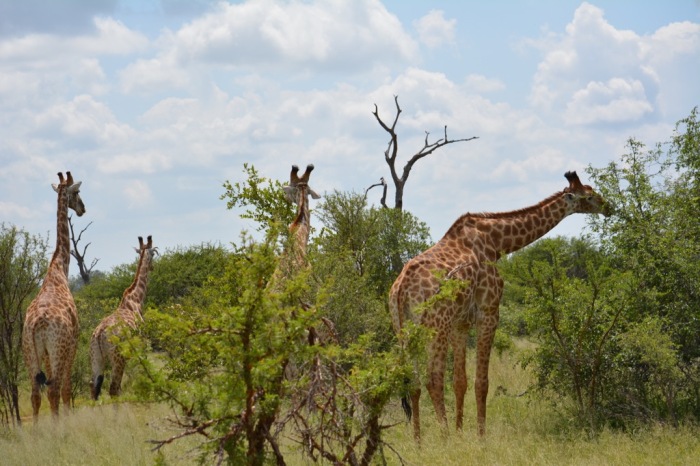 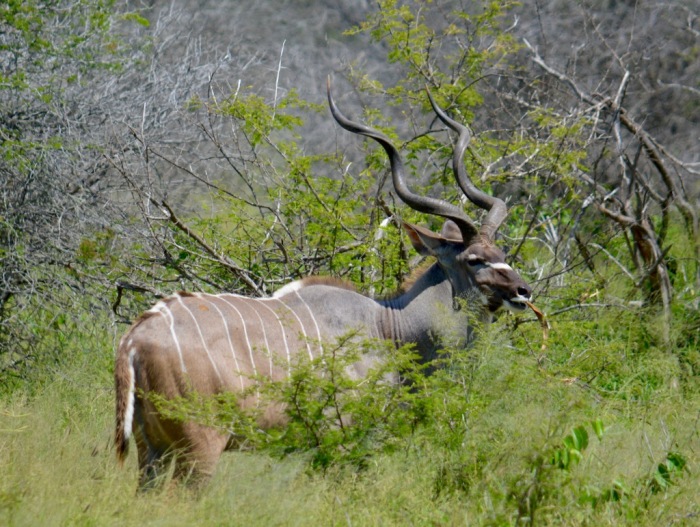 In the late afternoon, we encountered a group of elephants feeding near the road and stopped to watch. A young bull was in musth, noticeable by the drip from the gland behind the ear, a mating condition where the level of testosterone surges 60 times, increasing the aggressiveness and unpredictability of the mighty beast. He became agitated with our presence and feinted several charges at our vehicle, scaring the bejeezus out of everyone including the guide. Fortunately for us, he lost interest and crossed the road with his group in search of greener pastures. 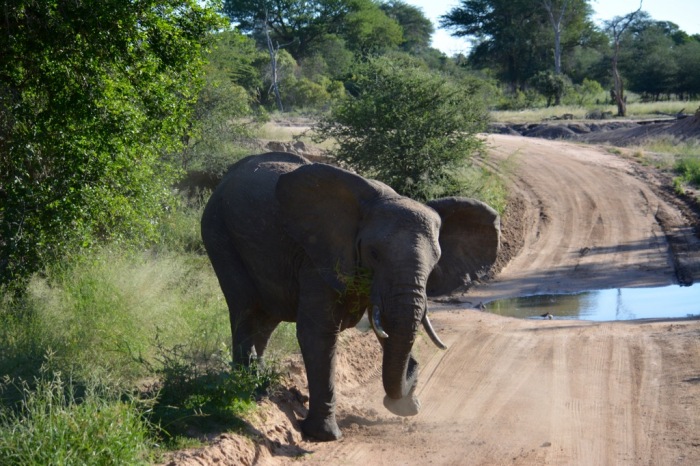 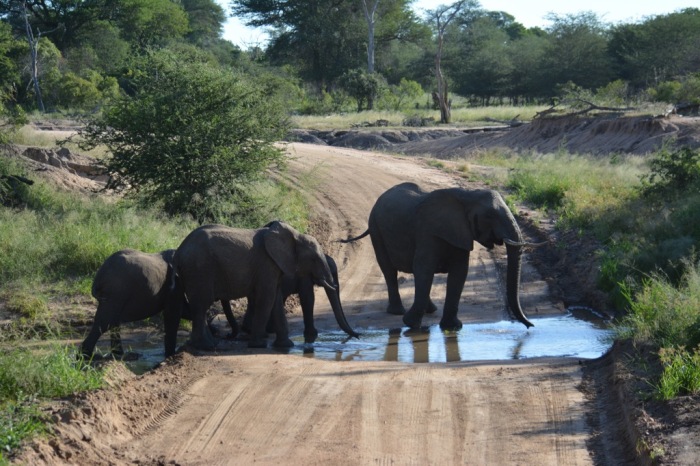 Rarer and harder to spot, are the elusive lions and leopards who lie camouflaged in the Savannah. Our expert guide knew what to look for; a pale brown patch in the swaying tall grass.

They could see us and kept a close eye. Eventually, they yawned and stretched out for an afternoon nap.

And lastly, as dusk turned to darkness, we spotted the spotted hyena (Crocuta crocuta)

Our last day of the tour consisted of a cultural outing into the village of Acornhoek. There we had a terrific lunch at Ka S’bali, the local go-to place for flamed grilled chicken.

We continued to Maromeni village, where teacher Emerencia Mohlolo and her students from the Chueu primary school, gathered to entertain us at parents home.

Seated on plastic chairs on the front porch, we felt like royalty. To the beat a repurposed red plastic container, and with infinite energy and awesome rhythm, the children performed traditional dances and proudly sang Nkosi Sikelel’ iAfrika, the national anthem of South Africa. 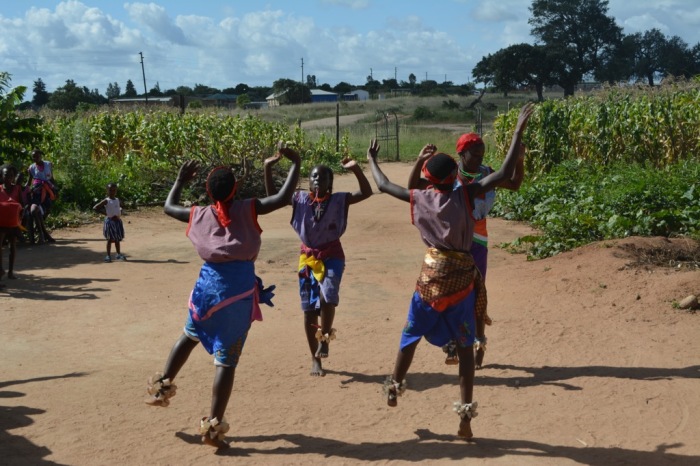 It was an uplifting day, with many hugs, handshakes, and heartfelt goodbyes.

On the journey back to Joburg, a brief stop at the Blyde Canyon offered panoramic views.

A spectacular ending, from an amazing experience we won’t forget anytime soon!