As I hugged and said goodbye to our youngest daughter Natasha, leaving on yet another student exchange, I was reminded once again that;

At only fourteen years old, Natasha left the comfort of her small town (and her mom) on a four-month student exchange to Verbania, Italy. Her Italian was basic at best, yet she never had a moment of hesitation as she embarked on her adventure. 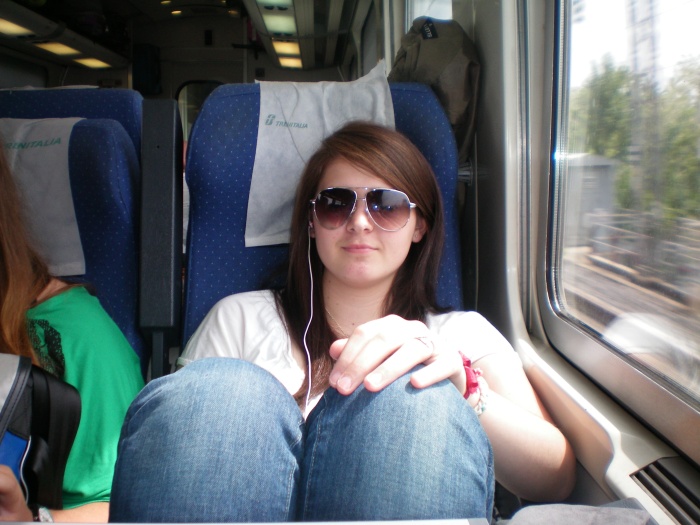 She left prepared and knew the adjustment period would be difficult since she didn’t know the language, would have no friends or family and would be in a strange city with a different culture. Indeed, she called after her first week and cried during the whole half-hour we talked.

“I know I’m supposed to feel like this and that I’ll be OK…it’s just that I miss you, it’s so real now and you’re so far but I’ll be fine!”

Talk about wanting to jump on the next plane to go get her.

Within two weeks, she called back asking us if she could join a school group and travel to Sicily for an exchange within the exchange.

And off to Caltagirone, she went. During her stay in Sicily, she met many new friends, saw wonderful sights, took in Sicilian customs and made a lifelong friend with whom she will be reuniting with this year in Rome. 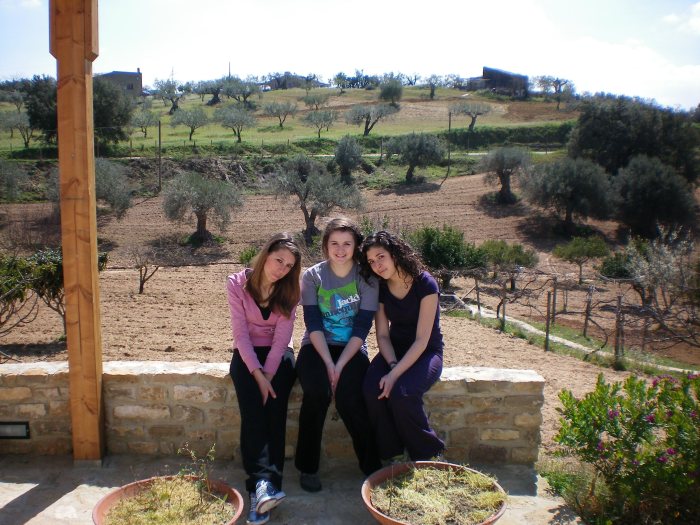 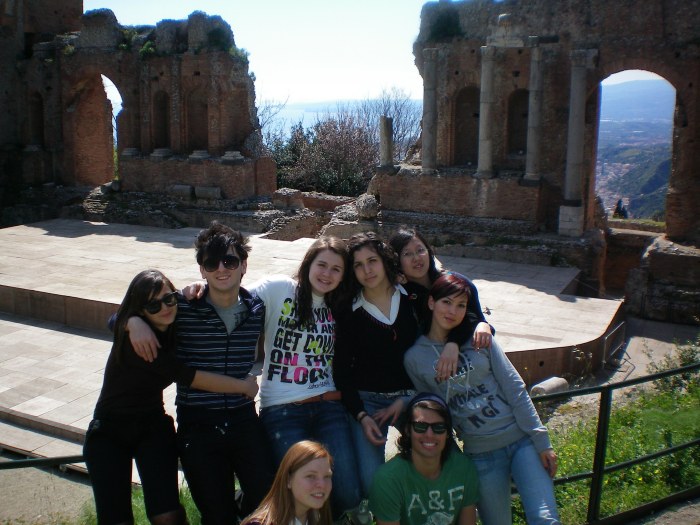 Returning to Verbania she continued to embrace her new school all the while learning the language and Italian culture. 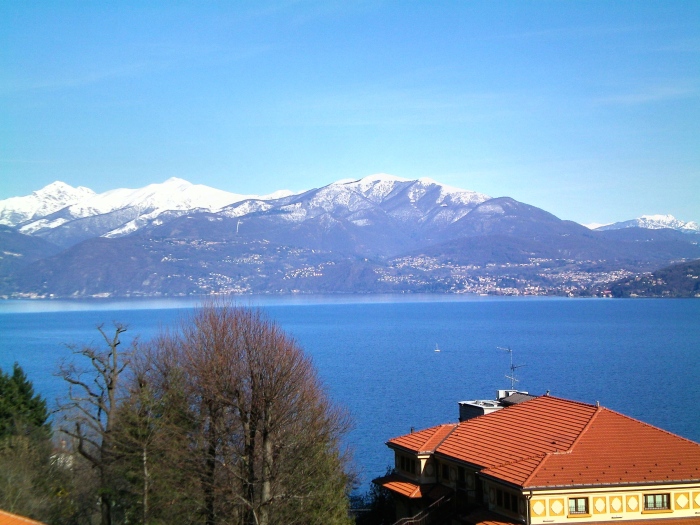 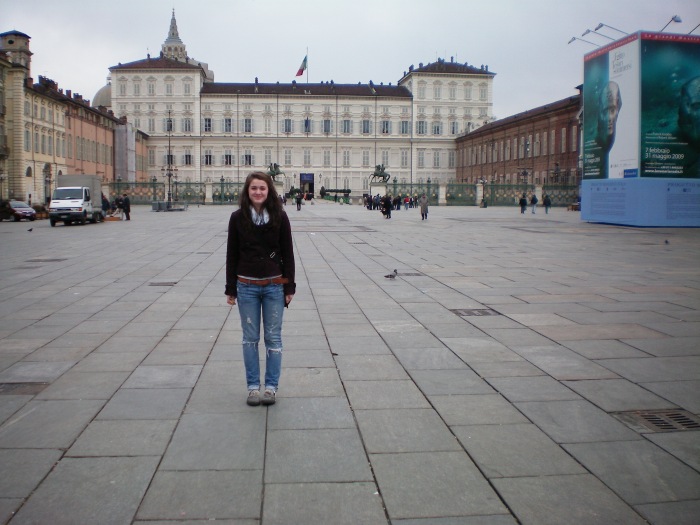 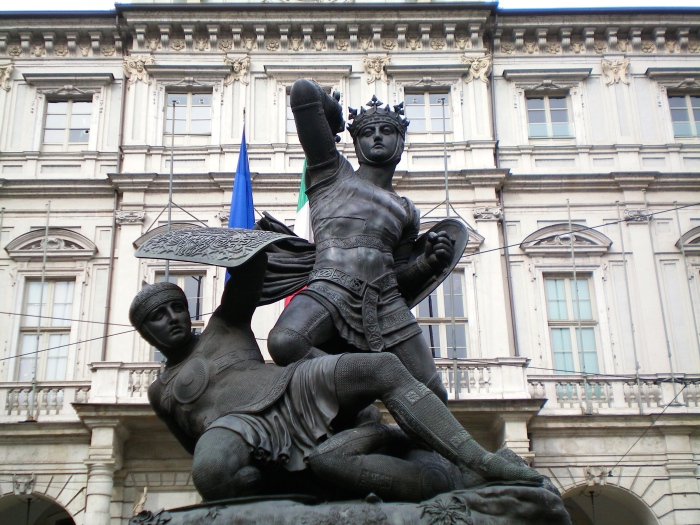 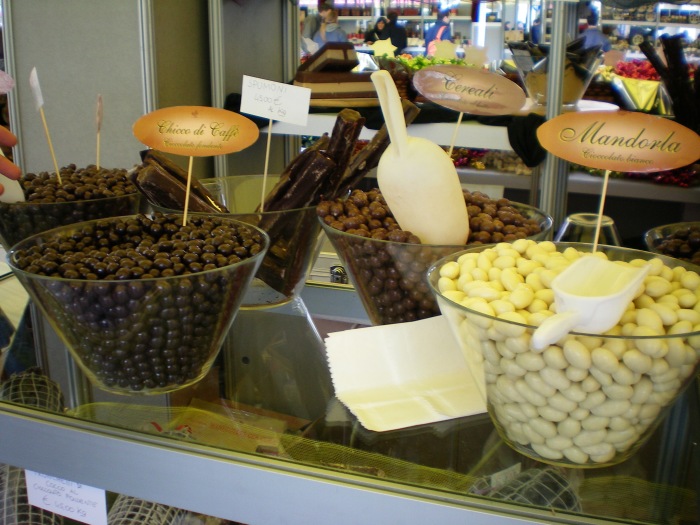 Fast forward four months when she snags an opportunity to visit Venice before returning to Canada. She was excited at plans to travel on her own, transfer trains at the Milan station and be hosted once she arrived there. I on the other hand had concerns which Natasha was quick to address.

An e-mail from a very confident fourteen-year-old to her mom:

Heyyy!I’m off to bed in a couple minutes, but yeah, okay for the payments and whatnot. I’m gonna buy the train tickets tomorrow afternoon, with Anna that way we can look at like the trains to see what times are the easiest to transfer and whatnot. I think I’ll be able to handle the train station. Not to scare you, but it’s a big and rather crime-infested train station, but don’t worry, I’ll be well on my guard. And yeah, my Italian is really good now (not bragging) but I can definitely ask for directions. Anna was like “When asking for directions, ask someone in uniform or a woman that’s dressed very nicely.” Haha. I will take TONNNNNNNNNNNS of photos. I LOVEEEEEEE YOUUUUU! I’ll update you tomorrow. XXBuona Notte!Tash

Crime-infested station, yikes! All my worrying was for naught. Natasha traveled solo from Verbania and arrived safely in Venice. A Venetian librarian hosted Tash during her stay, showed her the sights from a locals point of view and took her backstage where she was able to experience the magical city of canals. 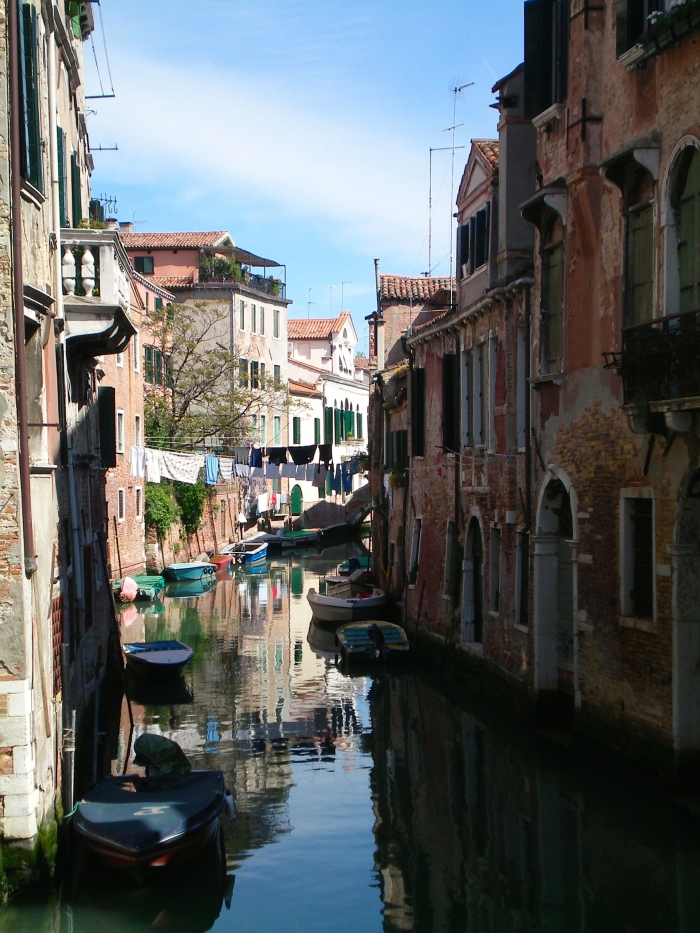 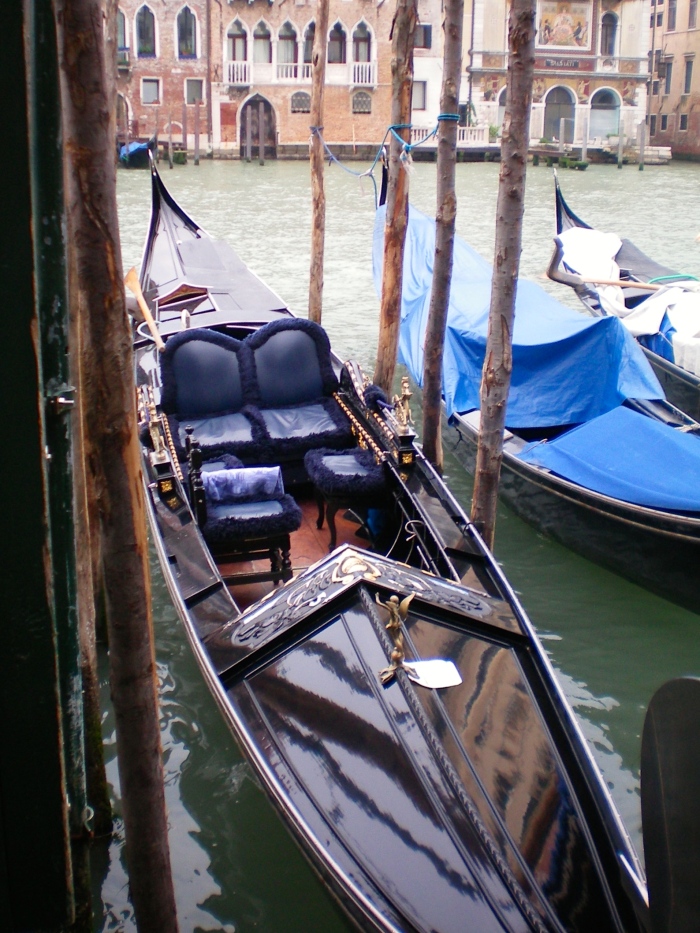 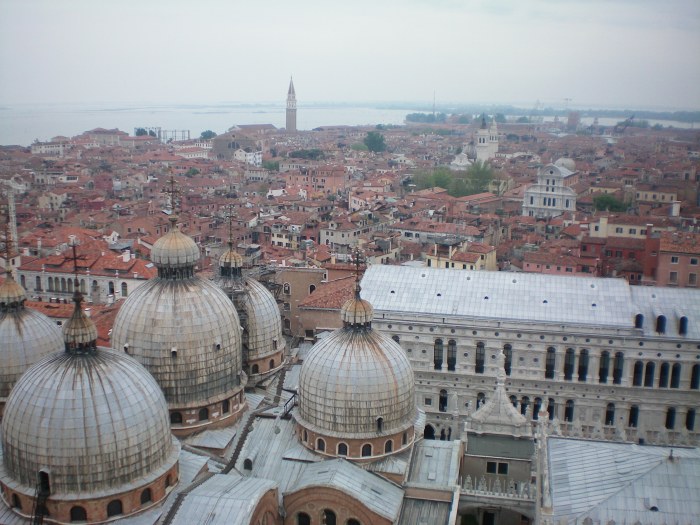 Translation  – “I can say I really lived in Italy!”

Confidence is key — self-assurance and radiating confidence will help you adjust to your new surroundings, not only will a positive attitude and a smile go a long way in breaking language barriers but it will make you feel better and encourage interaction with locals.

Embrace the journey and know that it will change you!

Natasha’s new adventure is taking her to Leiden University in the Netherlands where she will study for one year. I’m certain she will apply this lesson once again to enrich her year abroad.

“Exchange isn’t a year in your life, it’s a life in a year”

Natasha, thanks for giving mom and dad a new destination to visit soon!