It was over a delicious vegetarian lunch that we noticed the Condor Trekkers posters on the back wall of the Condor Café. Before our meal was over, we were signed up for a three-day, 2-night hike through the Yampara region.

Our journey started early the next morning at the same cafe. Patricia, who was to be our guide greeted us. Over a breakfast of granola, juice and coffee we met our fellow trekkers, Marie-Françoise and Jean-Pierre, a retired couple, and Jerome who was in his early thirties, coincidently all from France.

Our transport took us south-east of Sucre and into the countryside. After an hour or so we were dropped off at our starting point, the Chataquila chapel, where we paid homage to the patron saint by placing coca leaves at the Virgin of Guadalupe’s feet. 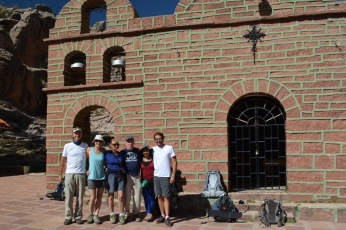 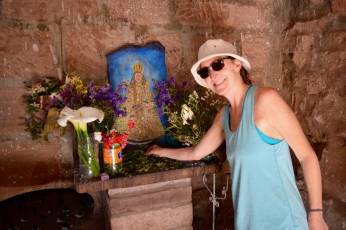 and we followed the Ravelo River for about three hours till we crossed on an old suspension bridge. 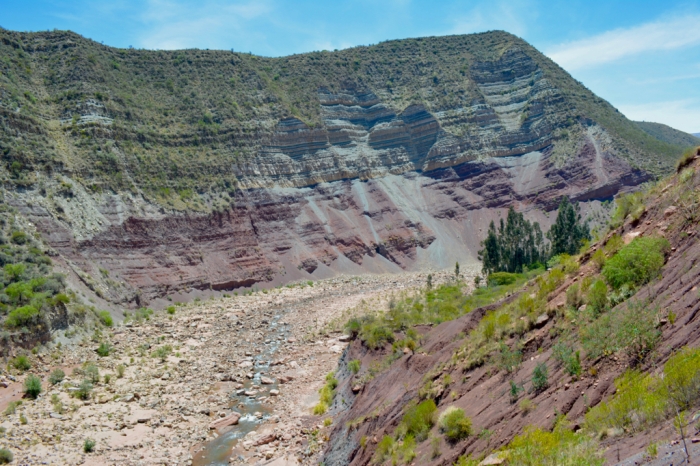 The guys went for a quick swim to cool off before we continued uphill for the next few hours.

Although the pace was gruelling from the blistering heat and our big packs, we were rewarded with great views, challenging footwork and close up encounters with the indigenous people of the region. 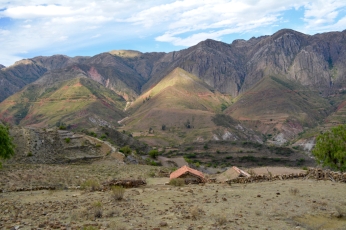 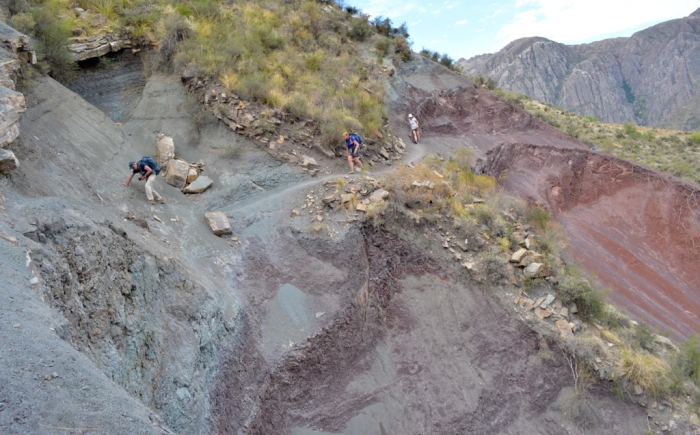 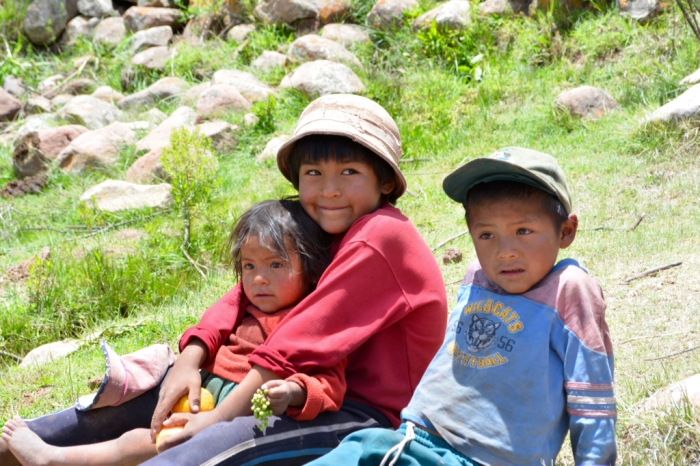 The sun was setting as we approached the heart of the crater and our accommodation for the night in the village of Maragua. The Maragua Crater is a unique geological formation with an unusual round topography,  created over thousands of years of erosion.

After a hearty meal which was devoured by all, the lights went out early as we all were exhausted.

The view looking back at our round house crafted of local stone as we departed climbing uphill and out of the valley. 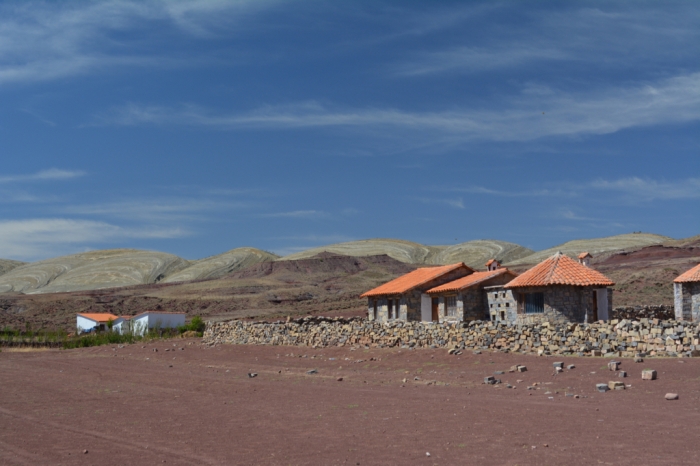 We passed little farmhouses and their plots of land, fenced in stone walls wondering how anyone could live off this land. 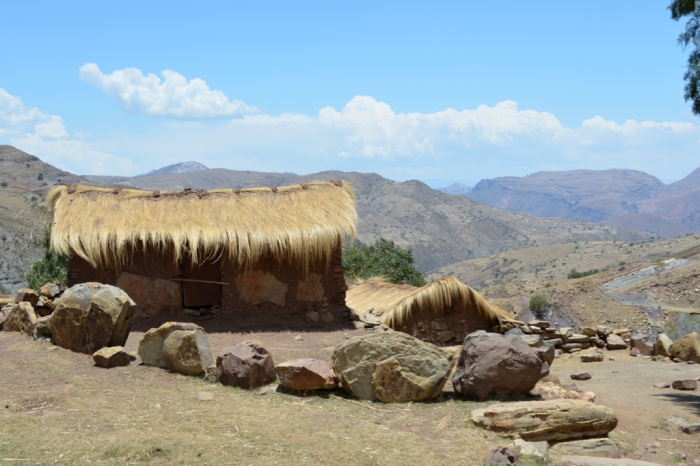 At mid-day, we squeezed in the scant shade while refuelling in Niñu Mayu, where dinosaurs roamed over one hundred million years ago. Tracks of the gigantic animals were steps away from our lunch area. 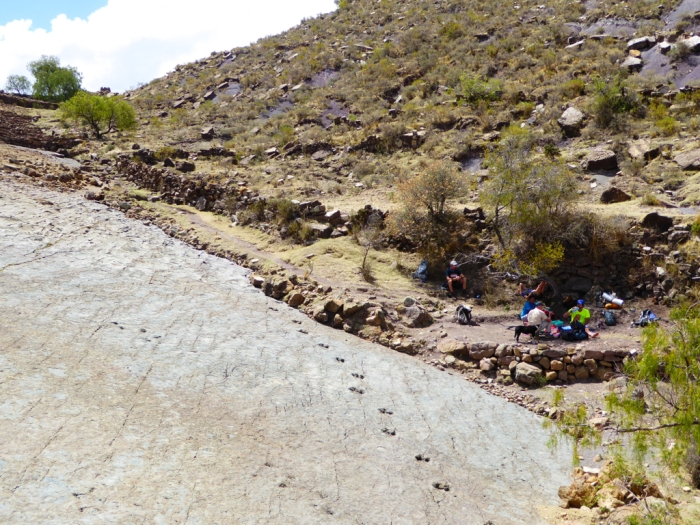 Ginette dwarfed by an ancient footprint. 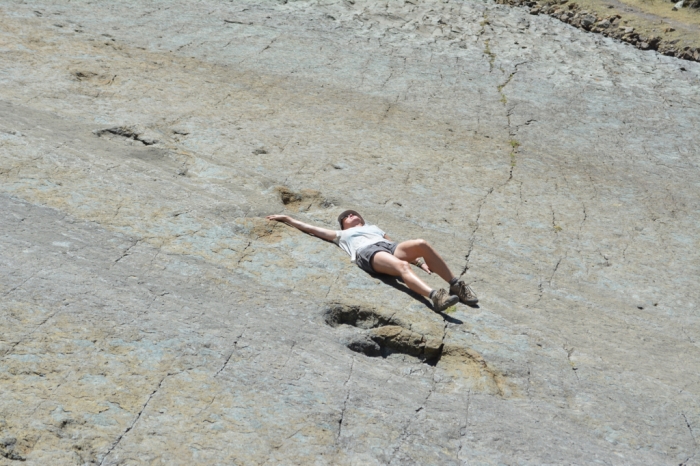 Gordon taking in the majestic view of the Cordillera de Los Fraile, a spectacular and dry mountain range in varying shades of tan, ochre, gray-greens, mauve, and russets.

After another long but rewarding day, we reached the community of Potolo where we settled in for another evening at our hostel. 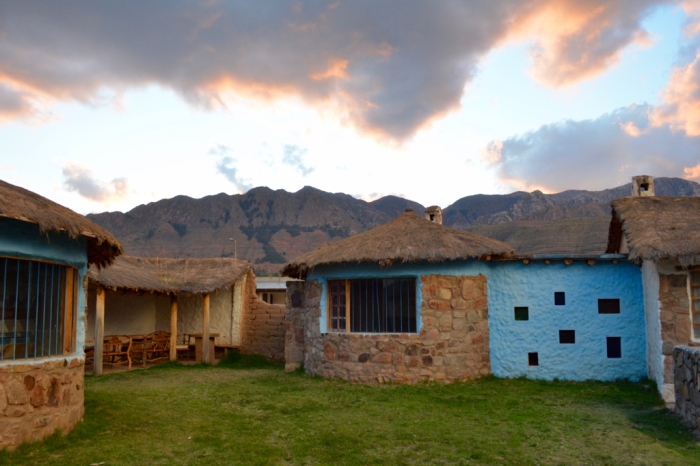 The tour group, Condor Trekkers, is a not-for-profit organisation working to break the cycle of poverty. They collaborate closely with the rural communities, taking on various projects to improve sanitation, provide safe drinking water, and funds and supplies for education.

In Potolo, we were introduced to Leona Mostacedo, a local Jalq’a artisan, and her family. She demonstrated the technique used to create the textiles and tapestries of her native region.

The stunning Indigenous tapestries are red and black, with figurative designs based on daily life, and frequented by Andean demons of the underworld known as Supay. The next day we saw her high-quality weaving for sale at the Museo de Arte Indígena in Sucre. 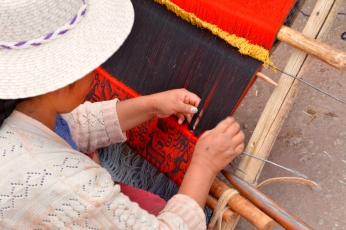 Before boarding the bus for the return trip we mingled with a few villagers. This woman asked us for coca leaves, but we had none, so we gave her some coins instead. The trek concluded back at the cafe where we said farewell to our group.

Crossing rivers, hills and mountains to support local communities, and improve the economic development of a region, now that’s trekking we endorse!

3 thoughts on “Trekking for a Cause: Maragua and Potolo”