Leaving Peníscola, we headed north-east and boarded the local train toward Tarragona, a port city rich in Roman history.

On arrival, Gordon was inspired to sketch the view from our hotel’s balcony overlooking Plaça de la Font. 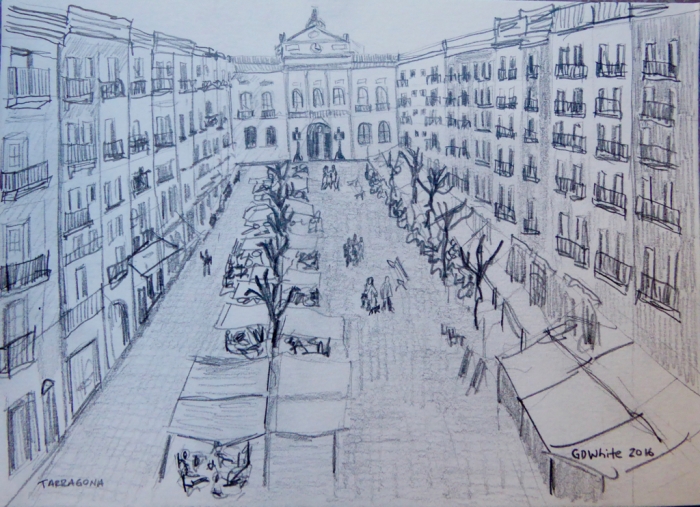 In the heart of the old city, a cloister of historical buildings from Roman, medieval to modern were waiting to be discovered.

We wandered the winding streets and narrow alleys in search of the Roman walls, amphitheatre, circus and other ruins scattered around the city. These remains of Tarraco, as it was known, are UNESCO World Heritage Sites.

Below, you can see the Miramar Tower dating to the Middle Ages and a portion of the Circus. Chariot races and gladiator combats held in the arena were popular spectacles in Roman times.

Remains of the Basilica and of a Roman street. 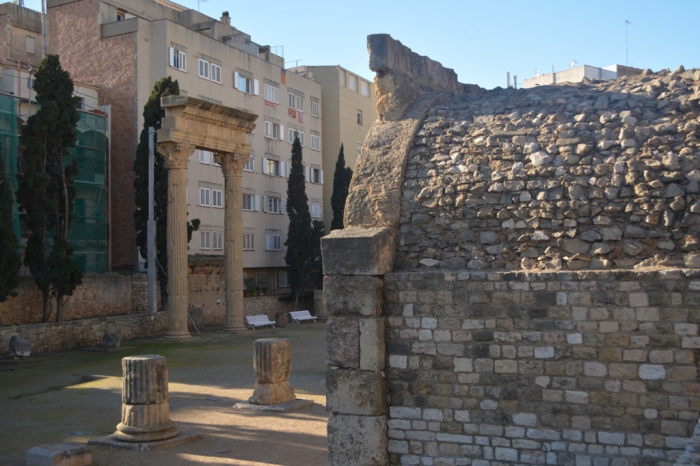 The city is full of lovely details, as in this stone paving design. 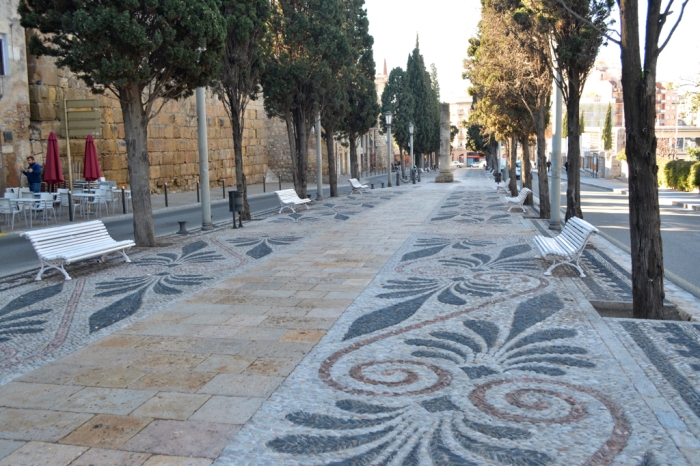 After a full day of exploring what was once the capital of the Spanish Roman Empire, sitting at an outdoor cafe in the square of the Catedral de Santa Tecla Tarragona was a lovely spot to enjoy a glass of wine. 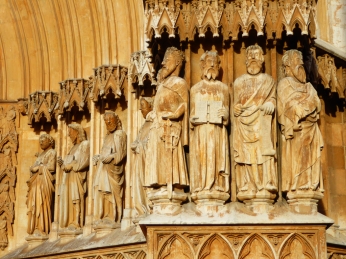 Figures of apostles in the main portal

Door knocker on the Cathedral doors

L’Estelada, the Catalan flag is seen hanging from many balconies; a symbol of freedom for Catalonia and in the current push for independence. 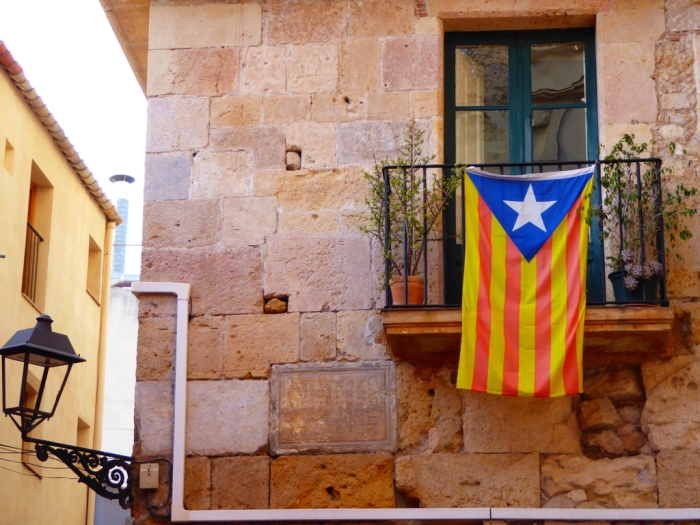 Whether you visit as a day trip from Barcelona or stay overnight in the unspoilt city, we’re confident Tarragona will be a pleasant experience.

5 thoughts on “Tarragona: Traces of the Roman Empire”