With a reputation as one of the most exciting wine regions in Spain, and as wine lovers, it seemed fitting that the nearby town of Vilafranca del Penedès would be our next stop during our time in Catalonia. From Tarragona, we travelled inland by train to the capital of the Alt Penedès. 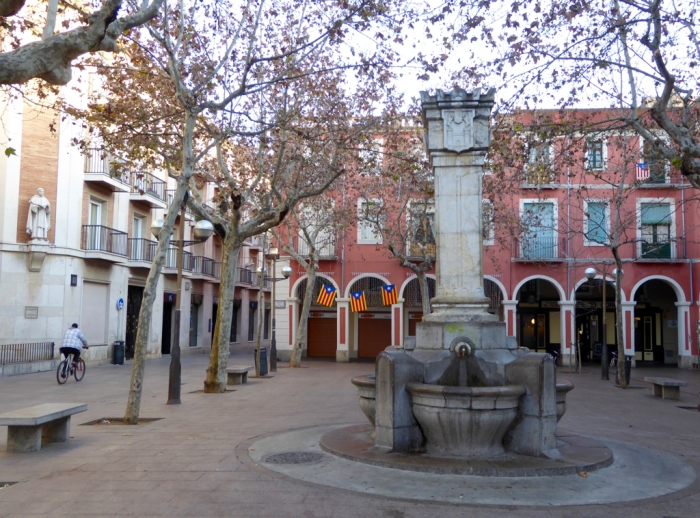 Vilafranca has a rich history dating back to the 12th century, reflected in the historic centre’s architecture from medieval to modernistic.

Hanging light fixture near the Basilica

Directly across from the church is the Vinseum, a must-see for any serious wine enthusiast. The modern wine culture museum of Catalonia is housed in a twentieth-century building once occupied by the Crown of Aragon. Three floors of exhibits about the world of wine with a tasting after the visit.

The next day, with a rental bike from the local tourism office we set out cycling through the countryside. The landscape was mostly flat, with winding roads and paths through vineyards, farmhouses, wineries, and major wine producers such as Torres.

We particularly liked the unique building design at the Heretat Mas Tinell winery and hotel.

Passing this tiny chapel, Gordon suggested, “looks like a castle up there, let’s check it out?”

We cycled toward the castle, then hiked up to the abandoned Castellví de la Marca. From the hilltop ruin, we had a beautiful panorama of the Penedès region.

Making our way back, we passed through the rural village of La Múnia, and hesitantly entered a place resembling a cafe-restaurant of sorts. We were instantly welcomed. The venue was comparable to a community centre, and the proprietors were setting up for the evening’s New Year’s Eve festivities. The kitchen was closed, but they offered us an assortment of cheese and Iberian platter.

Once the party preparations were completed, the crew sat down for a meal of their own. They offered us the most delicious endive and anchovy salad with a drizzle of homemade Romesco sauce. The chef even shared the family recipe.

The Penedès region is famous for its sparkling Cava; a wine for toasting and celebrations, and being that it was December 31st, we deemed our visit well-timed for tasting the local bubbly. 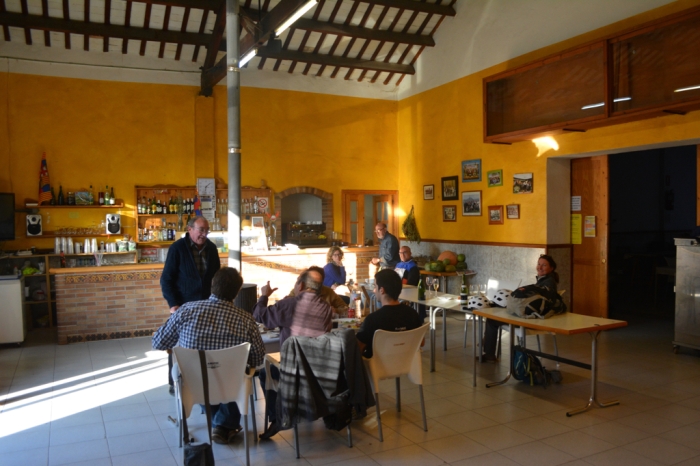 Even the city’s holiday lights reflect the wine culture of the locality.