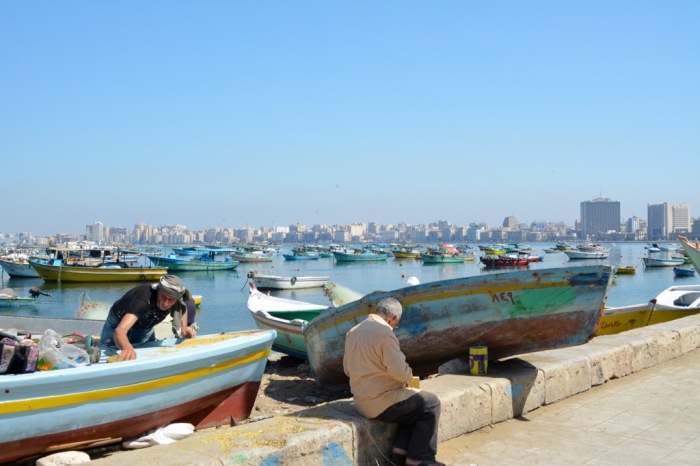 Egypt’s “Pearl of the Mediterranean” is a city with a long history but is also cosmopolitan and vibrant. Once the historical Capital of Egypt for almost a millennium, today only a few ancient wonders survive. Unfortunately, our visit was brief, and we only touched the surface of the scattered ancient sights in this city founded by Alexander the Great in 331B.C.

At the centre of the busy urban city, a fourth-century Roman complex was discovered in the 1960’s while excavating for a new housing project. Compared to other sites of the Roman Empire, the open-air museum is quite small, but it is tidy, well-preserved, and enjoyable to discover. 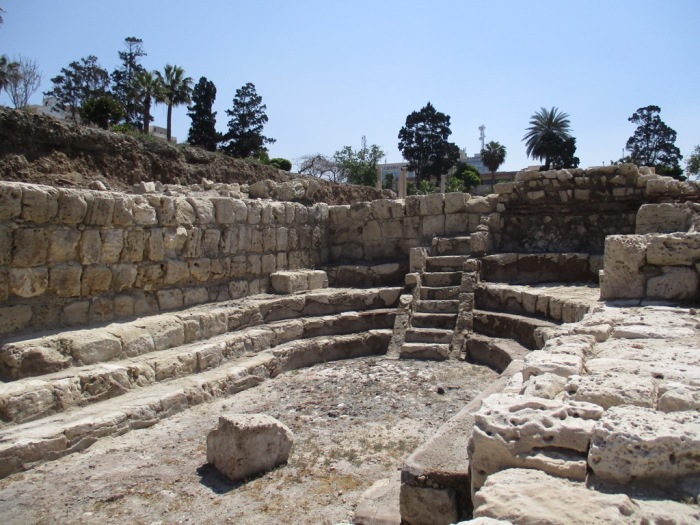 A focal point is a horseshoe-shaped theatre which could hold 700 to 800 people. 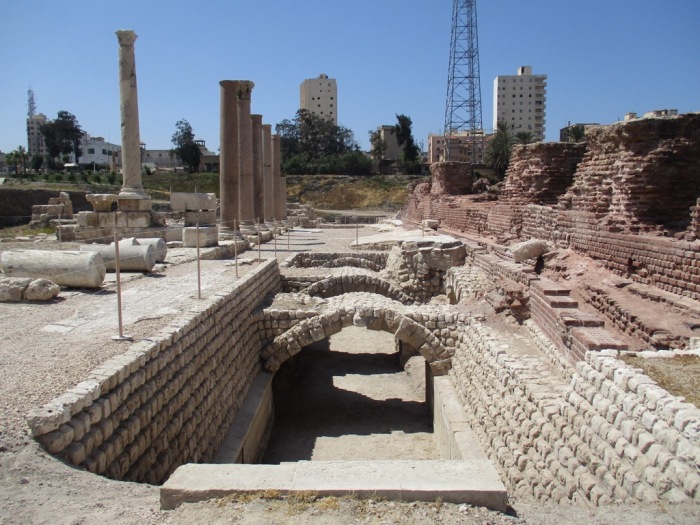 Archaeological reconstruction is an ongoing process at the site.

Amud El-Sawari – Pompey’s Pillar and The Temple of Serapeum

A lonely Roman pillar stands erect on a small hill. The first impression of the seemingly dominant and solitary column in the middle of a residential neighbourhood is unimpressive. Yet, at the thought of how a massive column, 30 m (99 ft) high, made from a singular piece of granite was raised and still stands tall 18 centuries later (300AD) is astonishing.

Various archaeological fragments and sculptures are scattered around the site, and underneath the pillar, steps lead to small caves, remnants of the Serapeum, a great temple dedicated to the Greek-Egyptian god Serapis of ancient Alexandria.

From the city centre, we headed for the seafront, stopping along the Corniche, a 12-mile long congested avenue that follows the shoreline, and caught glimpses of the relaxed ambience, and of the cafe culture that overlooks the sea.

Fish mosaic along the Corniche

The Fort of Qaitbay is built on the site of the legendary Pharos Lighthouse of Alexandria, one of the seven wonders of the Ancient World. It was constructed in the 14th century, using salvaged stone from the old lighthouse to defend Alexandria from the advances of the Ottoman Empire.

The place was busy with local school groups, and these young women approached Ginette, asking for selfies with her. In turn, we took their photo. 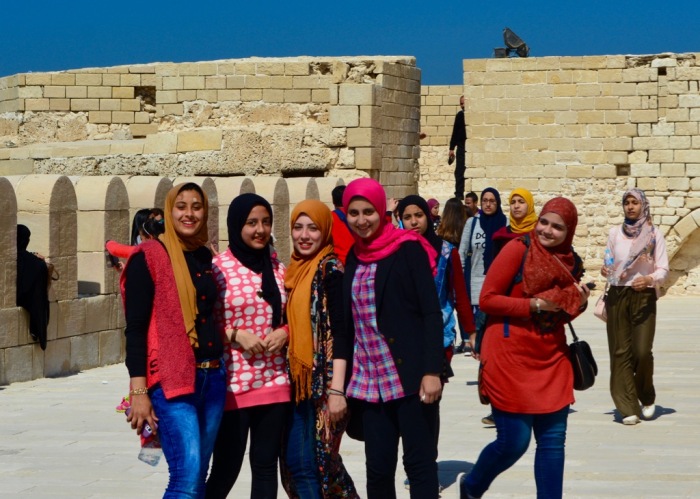 View of the peninsula leading to the fort. 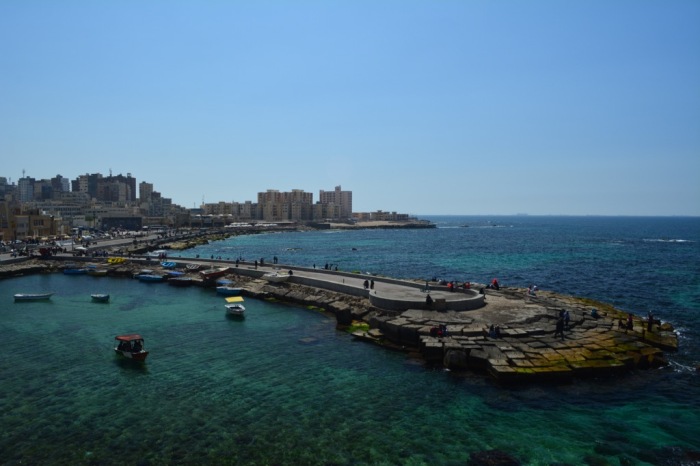 The beautiful architecture of the Bibliotheca Alexandrina stands as an icon on the skyline facing the Mediterranean sea. More than a library, it is a modern agora, museum and cultural centre, meshing memories of the destroyed old Royal Alexandria Library with the heritage of tomorrow.

The exterior of Aswan granite is carved with various characters of human scripts from every language in the world. 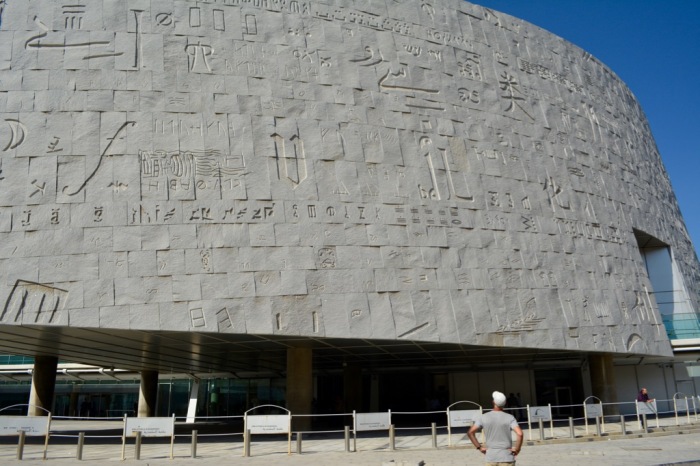 Thanks again, Alexandria, for the (too short) visit and a glimpse of your glorious past and bright future.

2 thoughts on “Egypt: A Day in Ancient and New Alexandria”