In February, when many Canadians escape to warm and sunny destinations, we elected to embrace the weather. In true Canadian fashion, we braved the cold and joined in the festivities at the world’s biggest winter celebration, the Québec Winter Carnival! 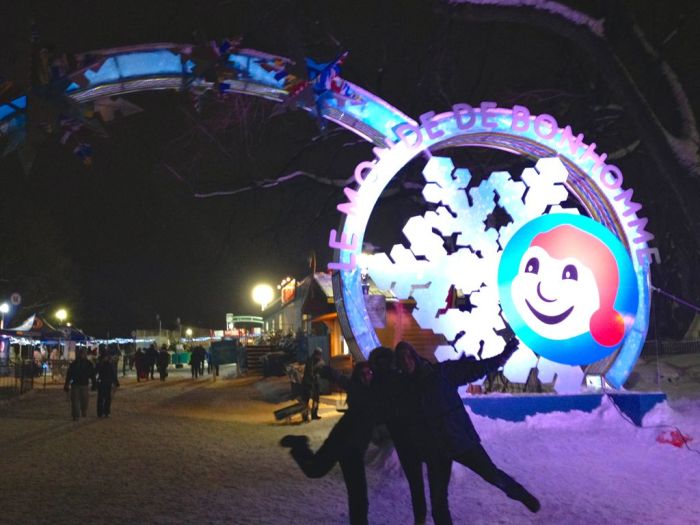 We’ve had memorable trips with the extended family to the Carnival and this year, it was time to initiate our young nieces to the famous event.

It’s hard to snap pictures when fumbling with frozen fingers, so we’ve used some photos from previous years. 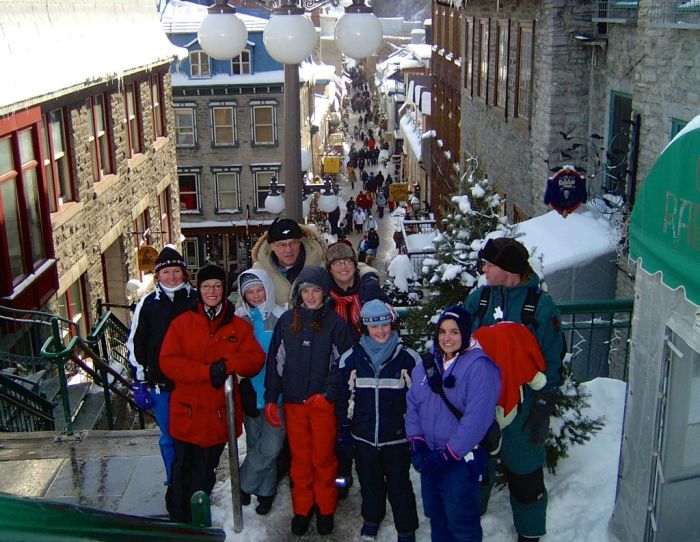 An annual gathering with roots dating back to 1895, the Carnival has delighted visitors every year since 1955. Over the course of 17 days from late January to mid-February, French-Canadian ‘Joie de vivre‘ attitude is at best in the historic capital city.

Old Québec is a UNESCO World Heritage Site and the only fortified city in North America. With a European flair, 17th & 18th-century stone buildings and narrow cobblestone streets, the city will charm you!

We bundled up from head to toe in our warmest winter gear. When it’s -18C with a wind chill factor -30C, fashion goes out the window. Dressed in layers of woollen undergarments, fleece sweaters, another sweater for good measure, fur-trimmed jackets, warm mitts, heavy boots and flapped hats, we ventured in search of Bonhomme. Canada’s most popular snowman ever! 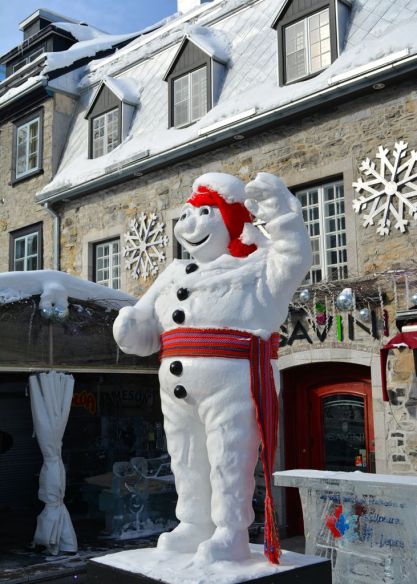 Dressed in white, wearing a red ‘tuque’ and traditional French-Canadian ‘ceinture fléchée‘, he’s the beloved mascot of the festival, enchanting children for generations.

Bonhomme’s place of honour is the Ice Palace located across from the Québec parliament buildings. 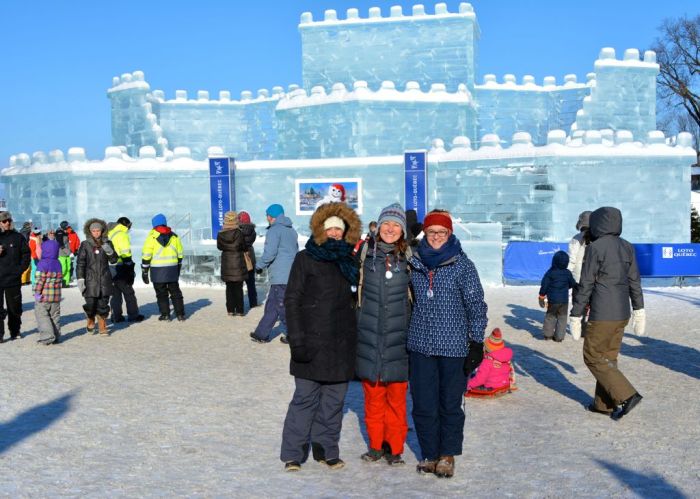 The Plains of Abraham turn into a giant winter playground with activities for all ages to enjoy.

…snow bath; brave crazy souls take a dip in the snow wearing only their bathing suits…

…the sugar shack; taste maple syrup as it hardens to taffy on snow…

…join in a human Foosball game… 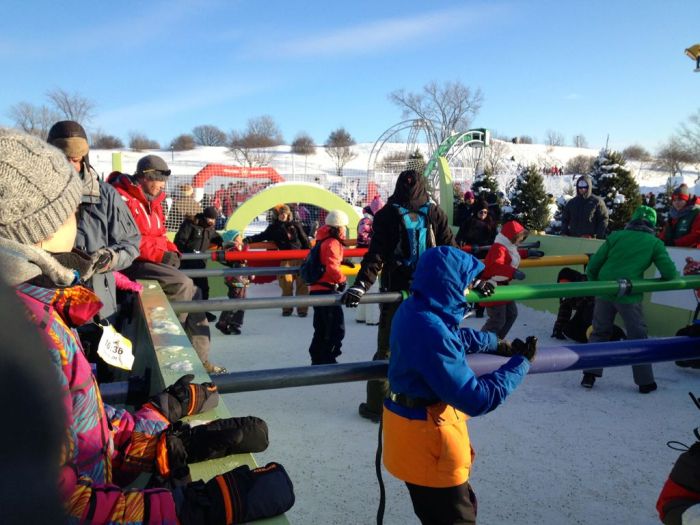 …the snow sculptures; local and international artist from around the world compete in this unique wintry activity…

One of the many snow sculptures 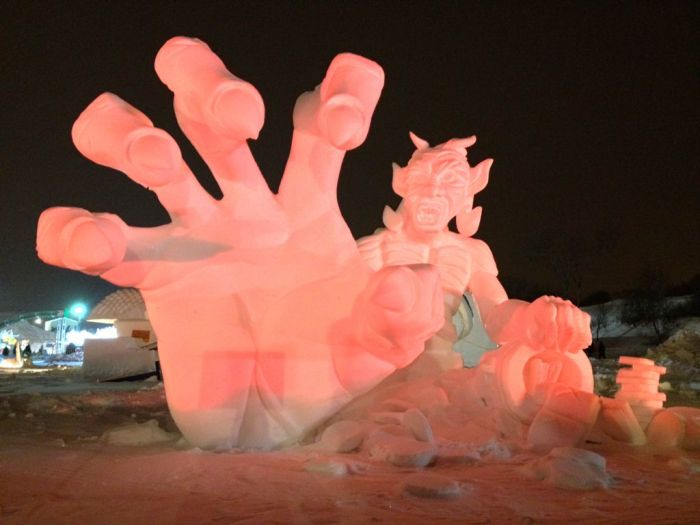 If it’s too cold for you, try some Caribou, a sweet Québecois concoction of red wine and alcohol; whisky, brandy or rum and maple syrup. That’s the secret liquid carried in the red walking canes sporting the head Bonhomme, sure to have you partying in the streets. Get a Caribou shooter at the ice bars around the city and or your own bottle at the province’s liquor stores (SAQ) during Carnival. Folklore is that French settlers made a fortified wine mixed with alcohol to make it more enjoyable. It’s dark red colour made the Natives think it was caribou blood, hence that’s where its name comes from. 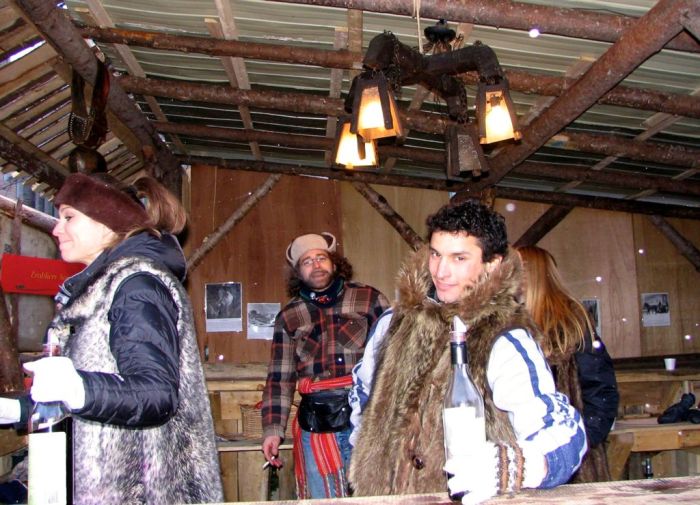 Be sure to attend one of the two magical night-time parades. You’ll be dancing to the fiddlers catchy tunes, stopping your feet with the marching bands, and wowed by the illuminated colourful floats. 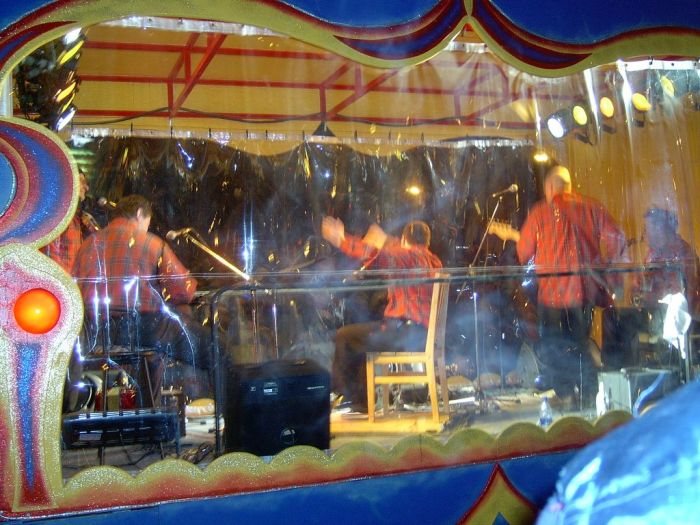 Sunday promised to be another cold day and that’s exactly what we got: frigid winter temperatures and 30 km winds from the North-East. We nearly froze our tails off, but not before checking out the Toboggan slides at the Terrasse Dufferin. 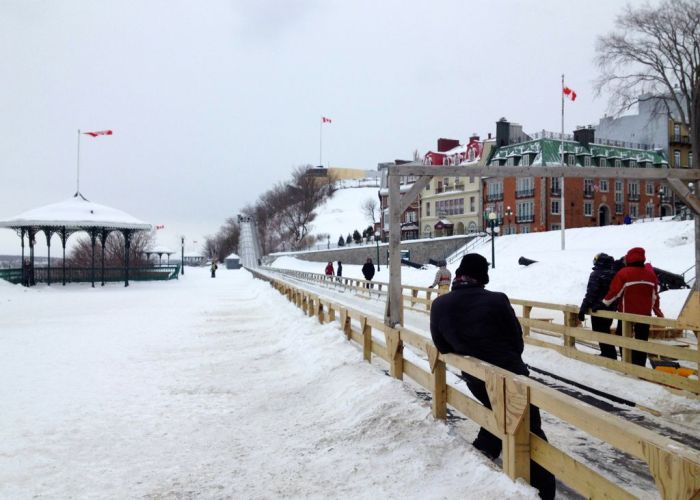 Despite our good intentions to watch the ice canoe races, the whirling snow and whipping wind kept us from venturing to the riverside. Originally a means of transportation during the cold Québec winters to cross the St. Lawrence River, canoe racing is now a competitive sport where team struggle over ice and strong current to reach the other shore and back. 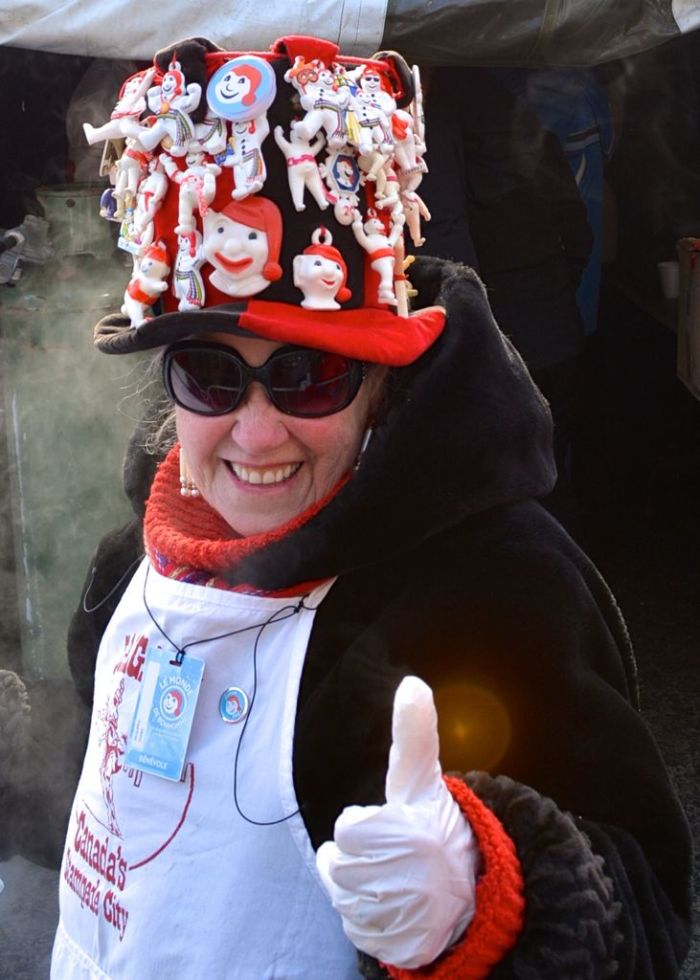 Charismatic volunteer serving at the Flapjack Breakfast hosted by another great Canadian event – The Calgary Stampede. Her hat is covered in Bonhomme effigy.

A visit to the ‘Carnaval de Québec’ — always a memorable occasion!

5 thoughts on “Québec Carnival : The Winter Event of North America”