Two days before we had climbed to the summit of Mount Elbert, a rewarding Colorado fourteener — mountain peaks over 14,000 feet. After a restful day in Crested Butte, we were eager to hike another 14er.

Our day started at Mocha Moose in Lake City where we discussed hiking trail options with locals over our morning coffee.

“The road’s rough, it’s gonna take you about…uhm…an hour to get there.”

Back in the car Gordon expressed his doubt. “It probably won’t take that long, it’s only 20 miles from here.”

Locals: 1 – Gordon: 0. The drive was bumpy and the last four miles to the trailhead were white-knuckle driving. The road went from smooth to rough gravel and narrowed to accommodate only one vehicle, twisting and turning along sheer drop-offs.

We started along Grizzly Gulch trail, the path immediately climbed at a steep incline before gradually meandering through a sub-alpine forest of aspen, fir and spruce.

Above the tree line, we hiked through the open tundra and up the valley following a small stream.

Handies Peak has seen from the trail 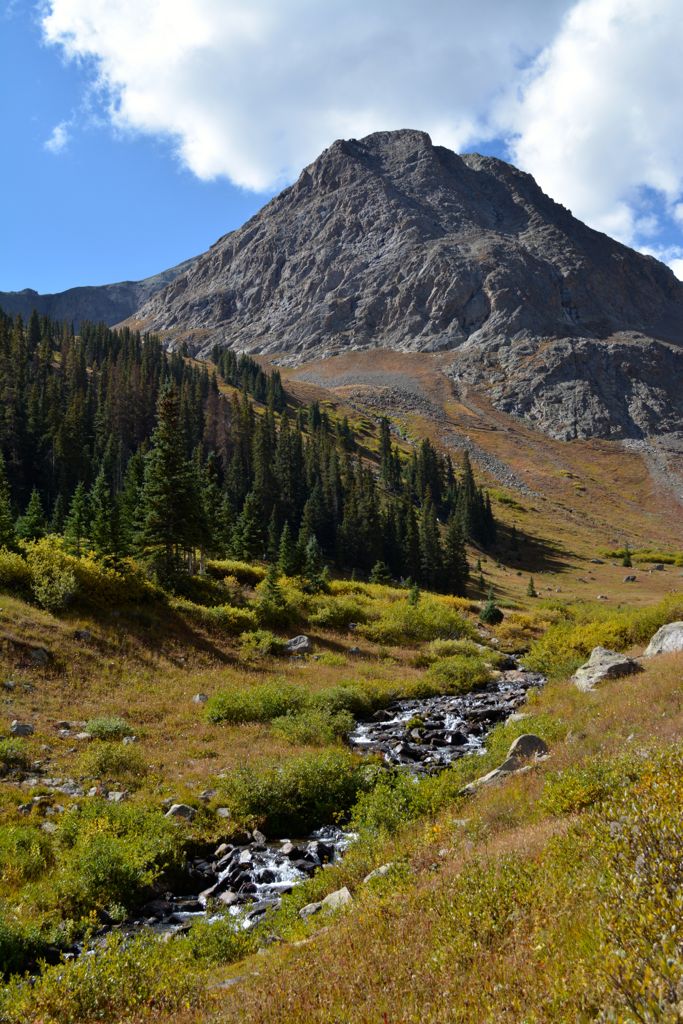 The abundance of colourful wildflowers and the surrounding mountain views made the hike enjoyable as we gained elevation through a series of switchbacks. The temptation to linger was strong, but we moved on in order to reach the summit before noon. The weather in the mountains can change rapidly and afternoon thundershowers are common. 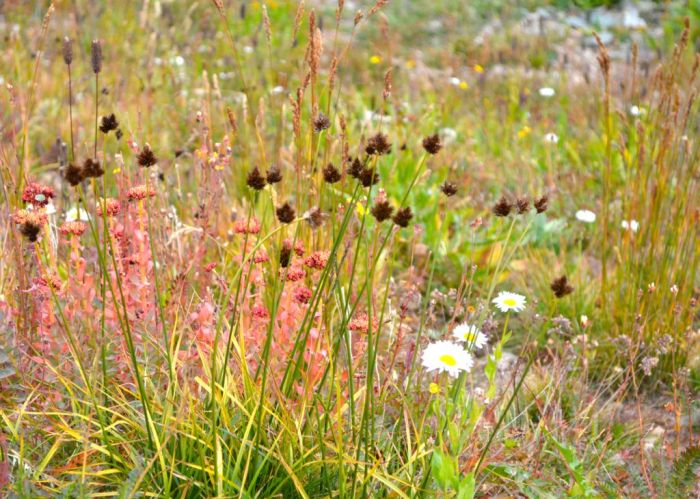 Flora of the alpine environment found along the trail

Looking back at Grizzly Gulch

Gordon following the trail through the talus covered slope

Nearing the base of the peak, the last 500 ft of the steep loose scree was intimidating. Gordon led the way while Ginette, feeling exposed, considered quitting, “Have I never told you, I’m afraid of heights?”

Gord cheered her on. “Come on my little mountain goat.”

Scrambling up the steep scree pitch

With a little finesse and careful footing, we both managed this scramble route. Ginette had a big sigh of relief as she reached the ridge. Finishing the last 200 feet leading to the summit we both appreciated the breathtaking views.

View of the San Juan Mountains from Handies Peak ridge

The spectacular scenery was alive with colours and leaving was difficult.

Looking south from the summit

As we descended and were enjoying the vistas Ginette noticed two elks watching us from above along the ridge. 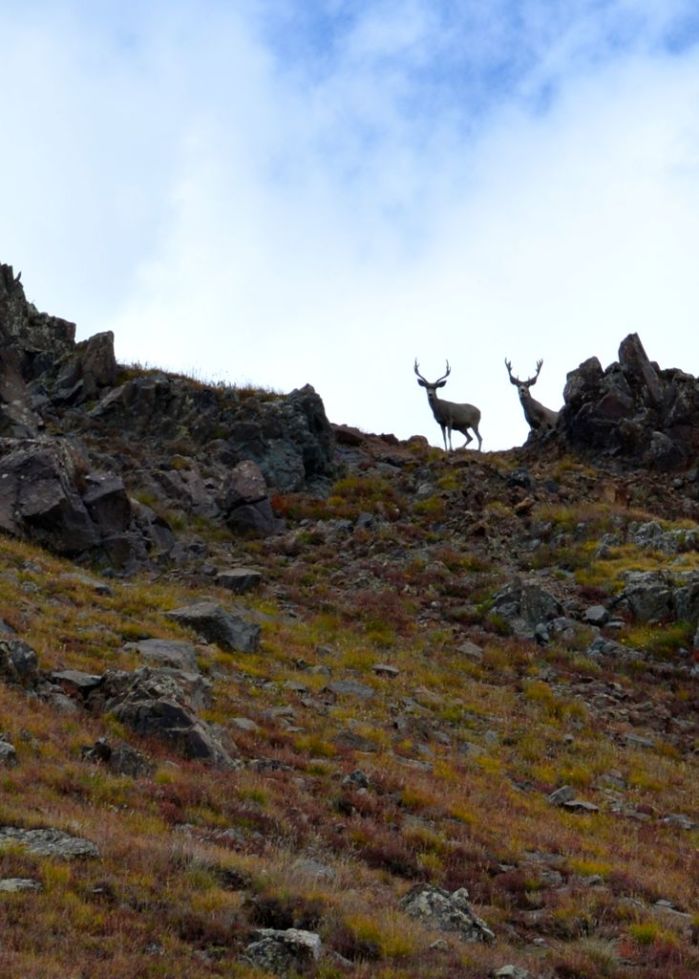 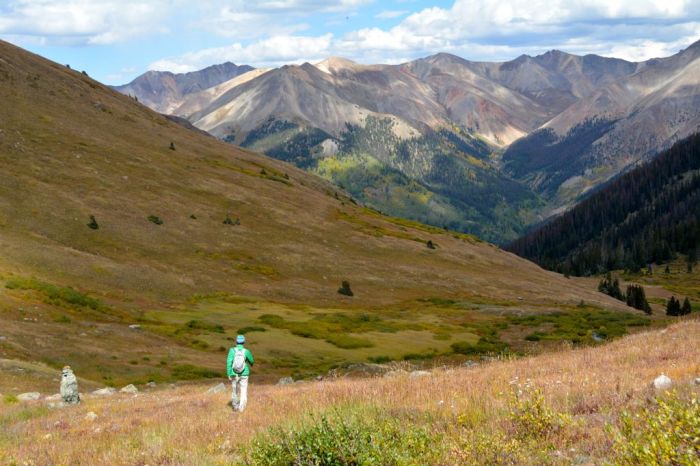 Ginette says, “this has been my greatest hiking experience yet.” 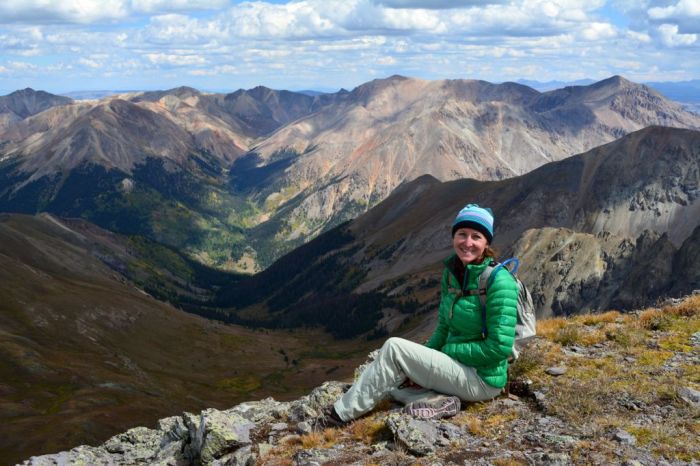 Celebrating her 50th from the summit of Handies Peak

This might have to do with the fact that she was celebrating her 50th, the summit was ours and the views were spectacular. These elements contributed to a fantastic day in the Rocky Mountains.